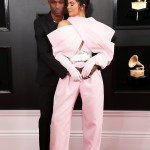 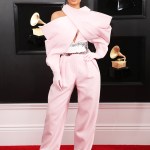 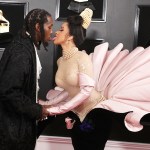 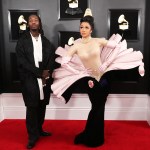 Miley Cyrus is a fashion icon! The ‘Malibu’ singer wowed on the 2019 Grammys red carpet in one fierce outfit. Oh, and we have to talk about her shoes!

Miley Cyrus, 26, just took the Grammys red carpet by storm! The singer wowed in a plunging black pantsuit. Her black blazer plunged to nearly belly button and flashed some major cleavage. Miley’s stilettos heels completed her Grammys look. They weren’t just regular heels, though. The shoes had her initials in gold on the heels! Miley’s hair fell in loose waves, and her makeup was on point! Miley was joined on the red carpet by her mom and dad, Billy Ray and Tish Cyrus.

During the show, Miley will be performing alongside Shawn Mendes. Miley has been posting exciting behind-the-scenes photos all week leading up to the Grammys. She will also be paying tribute to the legendary Dolly Parton with Katy Perry, Kacey Musgraves, Maren Morris, and Little Big Town. Dolly is actually Miley’s godmother! The day before the ceremony, Miley honored Dolly by singing the country icon’s classic song “Islands in the Stream” with Shawn and producer Mark Ronson at The Recording Academy’s MusiCares event.

To top it all off, this is a Miley’s first Grammys as a married woman! The “Wrecking Ball” singer married longtime love Liam Hemsworth in Dec. 2018. Liam revealed that Miley has taken his last name during a recent interview on Live with Kelly & Ryan. While she will still be known as Miley Cyrus, her new legal name is Miley Ray Hemsworth. “I think that was honestly one of the best things about it. I didn’t ask her to take my name, but then she’s like, ‘No, of course I’m taking your name,’” he told the hosts. “I’m like, ‘That’s awesome. That’s really good.’” 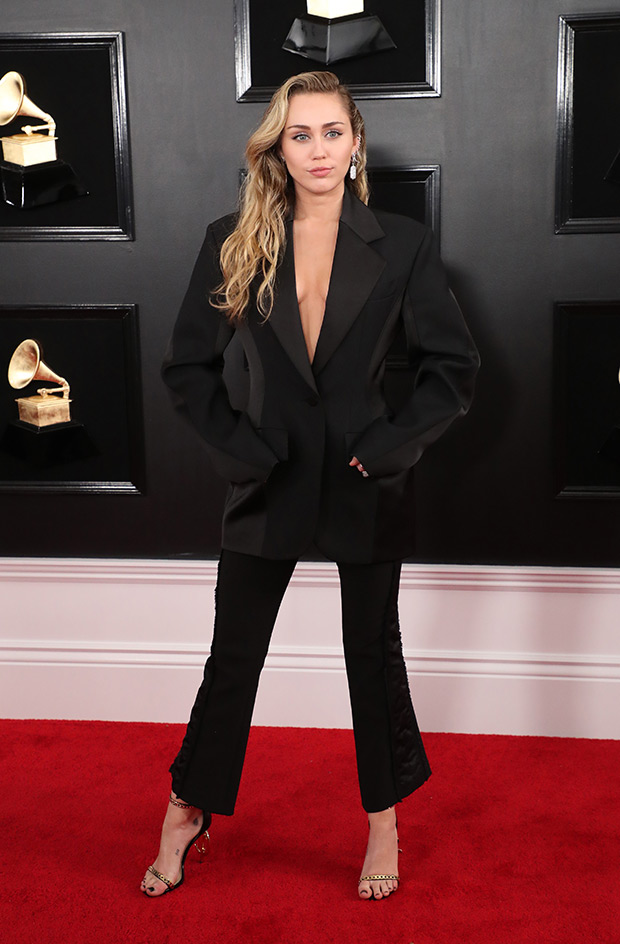 Miley is hard at work on her next album. “I’m already working on the next one. I’m already two songs deep on the next one,” she said back in Sept. 2017 on BBC Radio 1 Live Lounge. Her first collaboration with Mark — “Nothing Breaks Like A Heart” — dropped in November 2018. We’re so here for more music from Miley. Bring it on, girl!