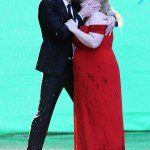 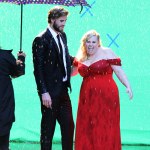 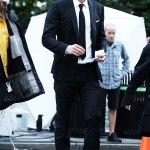 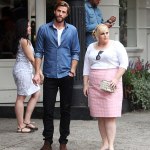 As Miley Cyrus took the Grammys red carpet, we learned that her hubby Liam Hemsworth has been hospitalized!

Liam Hemsworth has been hospitalized, according to his Isn’t It Romantic co-star Rebel Wilson. While promoting the film, the actress told EXTRA that Liam “texted us this morning, he was in hospital over night so hopefully he will be fine.” Oh no! While there’s no word as to what he was hospitalized for, we hope he’s okay! When the news broke, Liam’s new wife, Miley Cyrus, was all smiles on the Grammys red carpet. While we were so looking forward to seeing Liam and Miley make an appearance together this weekend, clearly he won’t be there this evening. Instead, the “Malibu” singer brought her parents as her dates!

Leading up to Grammys Sunday, we weren’t sure if Liam was going to make it to the show, as he was doing press in NYC for his new movie Isn’t It Romantic? When making his rounds in the city, Liam raved about his marriage with Miley, saying “It’s the best,” in an interview with Entertainment Tonight. “It’s the best. I feel so very lucky to be with someone like her. It’s great. Very lucky,” he said at the G’Day USA Gala. Liam was also absent from Miley’s highly anticipated MusiCares performance on Friday. There, her parents joined her again, and she performed a Dolly Parton tribute with Shawn Mendes.

There’s no word, currently, on Liam’s status, but Miley mentioned on Saturday that she plans to attend the Isn’t It Romantic? premiere with him on Monday, so fingers crossed he heals up! HollywoodLife has reached out to Liam’s representatives for this story.