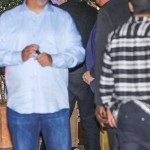 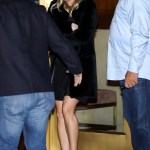 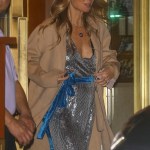 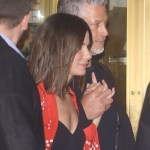 Brad Pitt & Jennifer Aniston have been on ‘fine’ terms over recent months! A source close to her told HL EXCLUSIVELY why friends weren’t taken aback seeing him at her 50th birthday party!

Brad Pitt shocked fans by making a surprise appearance at Jennifer Aniston‘s 50th birthday party at Sunset Tower Hotel last night. However, a source close to Jen told HollywoodLife EXCLUSIVELY that the two exes are on “fine” terms in recent months since her split with husband Justin Theroux. “Friends were a bit surprised but not shocked to see Brad there, but Jen has been open and honest in the fact that they have spoken here and there since Jen’s breakup with Justin,” our source told us. “They’re friendly and they’re on fine terms which is why nobody was totally shocked, but they knew the press and everyone would talk about it. They’re not necessarily close, but more friendly.”

We reported earlier how Jen was excited to ring in her 50th birthday with all of her friends. “Jen’s 50th was really a big deal for her,” our source went on to say. “2018 was probably the hardest year for Jen. Getting divorced from Justin was really hard on Jen, and she was so thankful that her friends really pulled through for her. It meant a lot to her to have so many friends together last night celebrating her. There were lots of toasts and tons of laughter. Jen chose to have it at Sunset Tower because that is her favorite place in LA, and she feels safe there. It’s really private.”

Meanwhile, Jen is seriously excited about her upcoming project with Reese Witherspoon, which will be a morning show drama TV series produced by Apple that’s currently untitled. “Jen was glowing,” our source added. “This TV project has a lot of focus for her and she wants it to be a hit. She’s grown so close to co-star Reese Witherspoon over the course of it and appreciates her friendship so much. Jen is happy things are looking up for her as she embarks on this big birthday. She feels great, looks great, and is finally in a better place after a really rough summer. The breakup with Justin seemed harder on Jen then the one with Brad.”