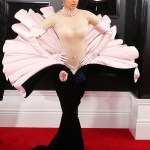 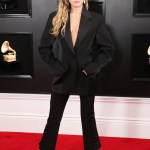 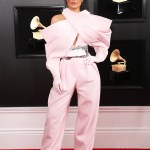 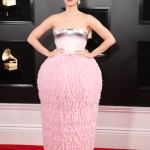 Dua Lipa, 23, is nominated for her first two Grammys and she dressed to impress for the occasion! The singer rocked a sparkling gown that showed off her amazing curves! The gown featured grey and light blue ribbon that went from her sweetheart neckline to around her hips. The material then turned into a silver sparkling skirt — amazing! The singer got emotional looking back at her success this year while talking to Ryan Seacrest, especially since she just learned that she, along with Diplo and Mark Ronson, won the Grammy for Best Dance Recording for “Electricity!”

Ahead of the show, the “New Rules” singer shared best wishes from her friends throughout the day on social media, wishing her luck as she prepared for her first Grammy Awards! Dua, who hails from London, is nominated for Best New Artist and Best Dance Recording for her song “Electricity,” which she already won. The 23-year-old celebrated her success throughout Grammys weekend, attending the Clive Davis Pre-Grammys party, where she rocked a silky blue strapless dress. She was also celebrated at the Warner Music Party ahead of the big night, and performed her nominated song, as well as popular jams “New Rules” and “IDGAF.” 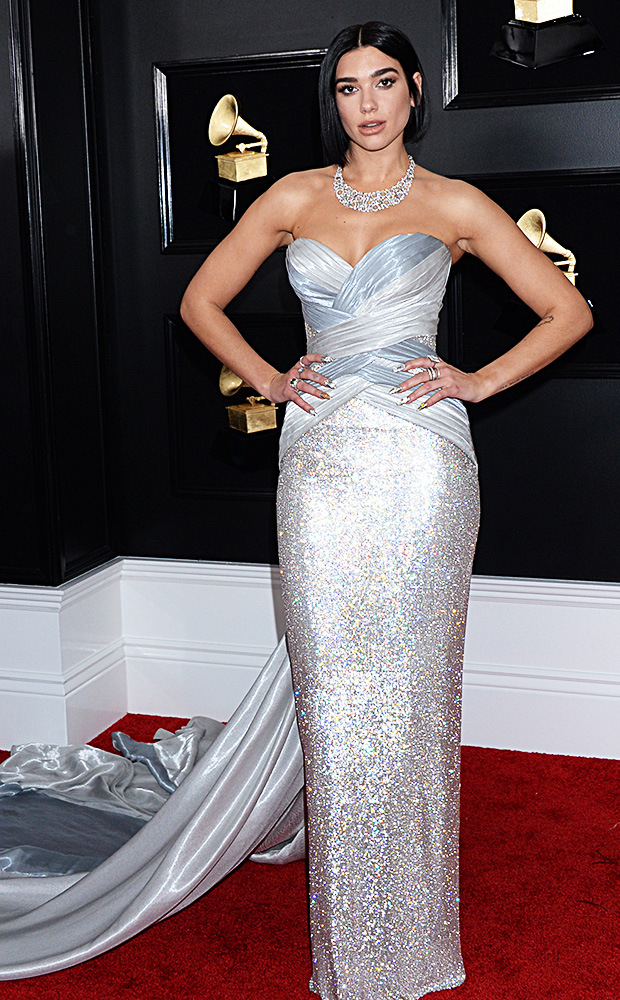 “As a British artist, to be given that recognition, I’m just so over the moon and so grateful for it. I don’t quite know how to put it into words, but I’m grateful for my fans and for them listening to the music and sharing it, and it eventually getting out to so many people that it’s ended up in a couple nominations,” Dua told Vanity Fair ahead of the Grammys. ” I’m just so happy, and nervous, and excited. I’ve never been to the Grammys as a nominee. That kind of comes with a whole new excitement. I feel like this time I’m really a part of it.” Tonight, she is joined in the Best New Artist category by  Bebe Rexha, Jorja Smith, Chloe x Halle, H.E.R., Margo Price, Greta Van Fleet, and Luke Combs. We love a female-heavy category!