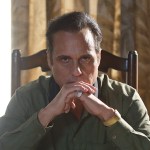 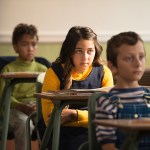 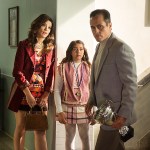 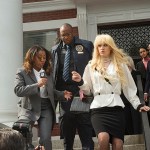 Maurice Benard is going from one complex mob boss to another! The ‘GH’ star spoke EXCLUSIVELY with HollywoodLife about taking on the role of mob kingpin John Gotti in ‘Victoria Gotti: My Father’s Daughter.’

Maurice Benard has played mob kingpin Sonny Corinthos on General Hospital for over 25 years, and now he’s taking on infamous mob boss John Gotti, Victoria Gotti’s father. Maurice is playing the real-life crime lord in the Lifetime movie Victoria Gotti: My Father’s Daughter, which premieres Feb. 9. Even though he’s played two characters who are mob bosses, John and Sonny couldn’t be more different. “He [Sonny] is nothing like John Gotti,” Maurice told HollywoodLife at the Lifetime press junket in Jan. 2019. “He’s calm. He’s operating second gear. I was operating with John Gotti at fourth and fifth gear. They’re different. Even though they’re both gangsters, and they both love their families, it was totally different.”

However, the General Hospital star did admit it wasn’t hard to slip into the role of John Gotti because of his experience playing Sonny. “There is an element of easy, yes, but I think for me playing these gangsters comes somewhat easy,” Maurice continued.

The role had its fair share of challenges. Maurice had to learn a Bronx accent in 48 hours! “They said to me, ‘You’ve got to age from 20 to 60.’ I said, ‘Well, I’m 55.’ They told me I had to do this Bronx accent and said, ‘By the way, you’ve got 48 hours.’ So that’s how I got the role. It was difficult but exhilarating. It was hard. I could never screw around. I always goof around on set, and this was not like that. I was really focused,” Maurice revealed.

John, who was nicknamed Teflon Don and Dapper Don, was the head of the Gambino crime family in the late 1980s and early 1990s. After committing a series of crimes, including murder, John was sentenced to life in prison without the possibility of parole in 1992. He died in 2002.

The Lifetime movie is based on Victoria’s book, This Family of Mine: What It Was Like Growing Up Gotti. Victoria will appear on camera narrating her story. Chelsea Frei will play Victoria in the movie.