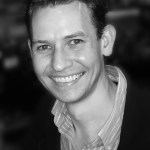 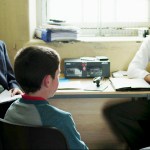 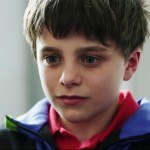 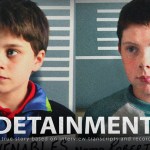 When the battered body of little James Bulger, 2, was found on the railroad tracks in the town of Walton, Liverpool in England on February 12th, 1993, his parents were beyond devastated. The boy had been kicked and stomped on, hit with bricks, stones and an iron bar. Then his lifeless body was left on the train tracks where a passing train cut it in half.

The toddler had gone missing while at a shopping center two days before, in the neighboring town of Bootle. His mom had taken her eyes off him for just a few seconds when he disappeared, and there had been a frantic search until his mutilated body was found. When the news broke that two local two local ten year-old school boys had been charged with his murder, the shock and horror were massive .

Newspapers screamed that the boys were ‘evil monsters’ and ‘the spawn of Satan.’ When they were convicted and detained in custody for a ‘minimum of eight years,’ there were widespread calls for far larger sentences and for the boys to be sent to adult prisons. Even the British Prime Minister at the time, John Major, announced about the case, that ‘society needs to condemn a little more and understand a little less.’

That’s not however, the way that Detainment writer and director, Vincent Lambe, 38, feels. Even though the Irish-born film maker was just 12 at the time of the murder and trial, he grew up hearing about the infamous case and could never understand how “these two 10 year-old boys could commit such a horrific crime,” the Irish -born Lambe told HollywoodLife in an EXCLUSIVE interview. “I was told that they were simply evil and that’s still the popular opinion. But I wanted to learn more about it and get a better understanding of what could have led two 10 year-old boys to kill.” His 30 minute film sets out to show exactly what happened on February 12th, 1993, the day of James’ murder, followed by exactly how local police determined who the suspects were, and then, how their interrogations were conducted.

Lambe resolved to present a ‘balanced and impartial film, just relying solely on the factual material and what was in the police interview transcripts and the records.’ He deliberately didn’t interview the families of either of the perpetrators, nor the victim, or show any flashbacks about what the boys’ lives were like before the murders, because then, “it becomes a film where you’re pushing an opinion on the audience and we didn’t want to do that.”

Despite Lambe’s quest to factually show how the two convicted boys, Robert Thompson and Jon Venables, went from hanging out and shoplifting at a local mall, to deciding to ‘get a kid’, to gradually and at times emotionally breaking down under questioning from the detectives, was met by massive condemnation, far before it was ever seen.

“It’s such a sensitive case, in the UK and Ireland, so anybody who remembers this case, remembers the shudder they felt at the time, they heard about it,” Lambe tells HollywoodLife. James Bulger’s mother Denise, said that she thinks it’s horrendous that the film was made and wanted him to withdraw it from Oscars consideration. Over 227,000 people signed an online petition asking for tit to be withdrawn. Lambe received hate mail and death threats. But Lambe felt deeply that it was important to explore and get a better understanding of what could have led these boys to kill. “People immediately jump to the conclusion that it’s trying to be sympathetic to the boys, which it certainly isn’t. But it does humanize them. It’s not meant to make excuses for what they did, but it shows them not as evil monsters of popular imagination, but two children, as they were. Just two children who perpetrated this crime of unimaginable horror,” he explains.

In Detainment, the child actors who play Robert, (Leon Hughes) and Jon, (Ely Solan) are extraordinary. It’s hard to understand how Solan so believably portrays Venables, gradual but searing breakdown in the arms of his loving parents. The young actors themselves were was baffled as everyone else about how two 10 year-olds could have committed the brutal murder. Their biggest question to Lambe was: ‘Why did they do it?”

Lambe learned during his research that young Robert came from a “terribly dysfunctional family, the father beat the mother mercilessly… the mother tried to commit suicide twice… she became an alcoholic and as a result the Thompson household was bedlam. There were 6 boys and the oldest would beat up the younger one. So if Robert was beaten up by his older brother, he’d take it out on his younger siblings,” Lambe explains.

Jon’s parents were separated but still united in his upbringing, yet he was just weaker and desperate to impress his tough friend Robert, believes Lambe. The director is convinced that “if either one of them were alone, they wouldn’t have done it, or even if they were wth somebody else.” He believes it was the dynamic between the two boys — “the way Robert had that tough guy persona that he felt he had to live up t , and then because Jon was weak, he was desperate to impress his tough friend. Then once the task was set to ‘get a kid,’ neither one of them would back down or chicken out.”

Despite all the uproar, Lambe is thrilled to be going to the Oscars, as are the two boys who starred in the film. And he’s elated that the film will actually soon get to be seen in the UK, after effectively having been boycotted. it will be seen at the Winchester Film Festival and will get an iTunes release.

What also has been rewarding for him after all the backlash that he’s faced, is that the lead detective on the case, Albert Kirby, has come out and said that Detainment is historically accurate. Says Lambe: “I think the film will outlive all the controversy… it has an honest purpose.