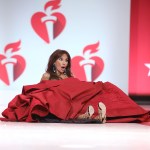 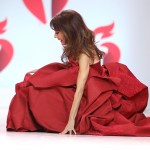 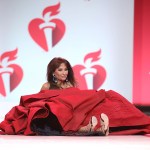 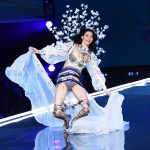 Whoops! Susan Lucci made her NYFW debut for the first time on Feb. 8, since undergoing emergency heart surgery last year. When she hit the runway at the Macy’s Red Dress Collection show, the soap star took a fall! But, no one could have recovered like her! Watch here!

You know what they say: When you get knocked down, you’ve got to get right back up! And, that’s exactly what Susan Lucci, 72, did when she took a tumble on the runway at New York Fashion Week. The All My Children alum walked in Macy’s annual Red Dress Collection fashion show on Thursday, February 7, when she tripped and fell in the middle of the runway! When Susan attempted a twirl mid-walk in her strapless red dress, which featured a puffy train, she went right down.

The actress looked shocked (as anyone would), as she sat on the runway with her massive train nearly swallowing her up. But, Susan then took a pause and got up like a champ. She had the biggest smile on her face as she waved to the crowd and owned the moment. Susan exited the runway to loud cheers and applause from the audience! Honestly, it was the most graceful fall we’ve ever seen. And, let’s be real — we wouldn’t expect anything less from the fabulous actress. Take a look at her epic recovery, below!

The Macy’s Red Dress Collection show was a special one for Susan. The event — put on by The American Heart Association’s Go Red For Women and presented by Macy’s — featured a dozen celebrities, dressed in designer red gowns, who walked the runway to raise much needed awareness of heart disease in women. The event’s mission is to remind all women that heart disease is their greatest health threat and inspire them to take action. And, Susan made it her mission to spread awareness, after she shared that she had “narrowly missed a severe heart attack” in late October.

The former soap star revealed — in a post on Instagram, February 6,  announcing her participation in the annual show — that doctors discovered a blockage in her heart last year, which led to her undergoing emergency surgery. 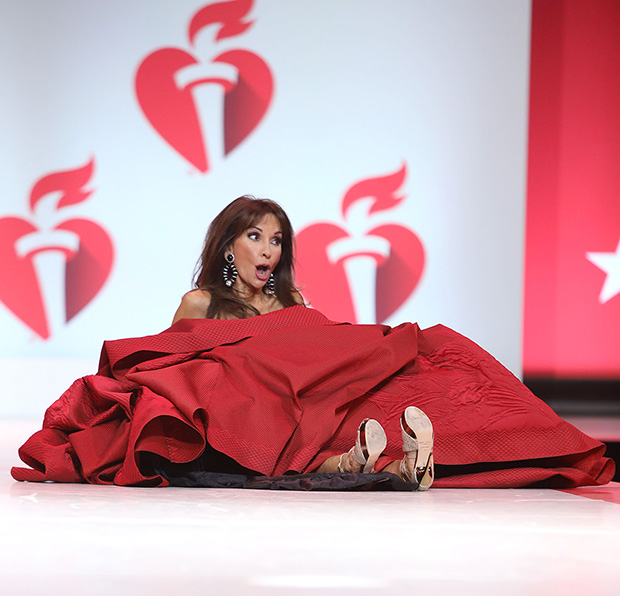 Susan Lucci falls on the runway at New York Fashion Week, during the Macy’s Red Dress Collection show on Thursday, February 7, 2019. (Photo credit: Kristina Bumphrey/Starpix/Shuttertock)
“On a late October afternoon, I had a wakeup call,” she began her lengthy post, explaining that she was on the brink of a severe heart attack, which opened her eyes to how important health truly is.”I realized how vulnerable life is and how incredibly grateful I am to be here today. As a working wife, mother and grandmother, I am sure most women will agree we are never at the top of our to-do list. I exercise daily, eat as healthy as possible and yet had a shock of a lifetime when I was told that I had a 90% blockage in the main artery of my heart. I learned that heart disease is the number 1 killer of women, claiming more precious lives every year than all forms of cancer combined. This staggering fact has motivated me to use my voice and my story to help remind women all over the world to make their health a priority.”

“This week, I will walk in the American Heart Association, Go Red for Women Red Dress Collection in honor of all women who have lost their lives, those who are currently battling heart disease and all the fearless survivors. No one should have to die of a heart attack – they just need to listen to their symptoms and act on them. My hope in telling my story is that I can help at least one wife, mother, sister and friend.”