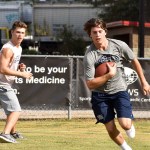 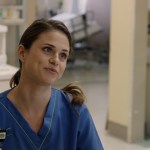 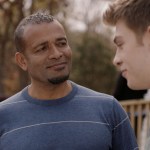 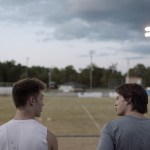 ‘Run The Race’ is an all-new film from Tim Tebow coming to theaters on Feb. 22. HollywoodLife has an EXCLUSIVE sneak peek of two of the key characters meeting for the first time!

Run The Race follows two brothers on a journey for a better future. After his mother’s death and his father’s abandonment, Zach, an All-Star athlete, finds success on the football field. He’s also working to earn a college scholarship. However, a devastating injury puts Zach on the sidelines, and his brother David decides to get back to the track to keep their hopes alive.

In our EXCLUSIVE sneak peek of the movie, Zach meets lovely nurse intern named Ginger at the hospital. She’s not impressed with the hotshot football player right in front of her. “Zach, it’s been really nice to meet you. Best part of my day, but I don’t date football players,” she tells him. Zach is not dismayed at Ginger turning him down. He knows a catch when he sees one!

Run The Race was executive produced by former NFL and current MLB player Tim Tebow and his brother, Robby Tebow, along with Bill Reeves, Erik Weir, Trey Brunson, Erik Dellenback, and Joe Kosakowski. Tim revealed in an interview how closely the relationship between Zach and David resembles his relationship with his brother. “There are a lot of similarities in my life between two brothers supporting one another, having each other’s back, believing in one another,” Tim told USA Today. “My family and my brother have always given me so much support. That’s made such a big impact on me being able to go after my dreams.”