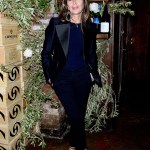 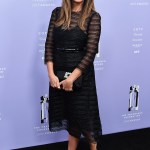 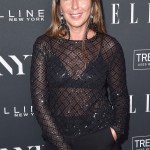 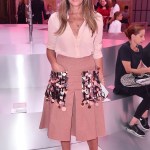 ‘Project Runway’ judge Nina Garcia has made the brave decision to undergo a double mastectomy after discovering she has the gene that makes her likely to develop breast cancer. We’ve got the details in her own words.

Nina Garcia is a fashion powerhouse, serving as a longtime judge on Project Runway and as Editor in Chief of Elle magazine. But she won’t be at the current New York Fashion Week as she’s revealed she’ll be undergoing a double mastectomy after testing positive for the gene that puts her at a high risk to develop breast cancer. The 53-year-old has penned a brave essay for Elle on Feb. 7 detailing her difficult decision. “Looking at the upcoming Fashion Week schedules piling up on my desk, it feels strange knowing that for the first time in 25 years, I will miss the excitement, creativity, and energy of the shows, which have always served as a reminder of why I love this industry. I won’t be attending Fashion Week. Instead, I’ll be watching from the sidelines at home, recovering from a preventive double mastectomy,” she begins.

“I’ve been confronting my emotions and keep asking myself the same few questions. Am I scared? Yes. Am I relieved? Yes. Am I making the right choice? Absolutely,” she writes while adding how she’s been trying to put on a brave face at work and in front of her two young sons. “My battle of the boobs began in 2015. Because of a family history, I decided to get genetic testing to check for mutations to the BRCA genes (BRCA1 and BRCA2), which increase the risk of breast and ovarian cancer. To my surprise, I received an envelope containing the results, stating that I did in fact have a mutation and was at high risk for breast cancer,” she reveals.

Nina details how ever since then she’s diligent on monitoring for any signs of cancer: by getting regular mammograms, breast checks, biopsies and lumpectomies. “None of the results were terrible, but there were signs — radial scars, a cluster of microcalcifications, the presence of precancerous cells  — which could serve as premonitions for what might happen,” she explains. ” I was living in a loop of testing, every day waking up thinking: Is today the day I will get cancer? I no longer wanted to have these scary thoughts, and I knew the only way they would stop was to schedule the surgery. The answer was clear.”

She concluded, “In all this, I have learned that you have to pass it forward, be there for people, be open about your life. I ultimately decided to write this in hopes that my story might serve as comfort to at least one woman out there who is going through something similar. For that woman, I want you to know that you are not alone.”  You can read Nina’s powerful full essay on elle.com by clicking here. Actress Angelina Jolie, Bachelor Alum Lesley Murphy and The Talk co-host Sharon Osborne have all undergone preventative double mastectomies after testing positive for the BRCA gene.