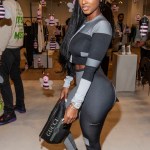 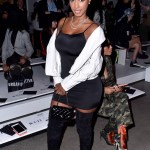 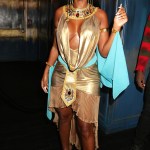 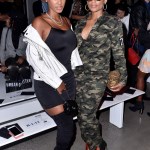 Meek Mill got playful with Bernice Burgos on Feb. 6, when he left a flirty comment on a sexy photo she posted of herself and gal pal Miracle Watts.

Meek Mill, 31, wasn’t afraid to show off his attraction to rumored love Bernice Burgos, 38, when he left what appeared to be a flirtatious comment on her recent Instagram pic. In the sexy snapshot, the gorgeous model was posing with fellow model Miracle Watts, while wearing a figure-flattering white dress with spaghetti straps. Miracle looked equally as stunning in a tight purple dress. “Double trouble 👯‍♀️ @miraclewatts00,” she captioned the pic. Once Bernice posted the image, it didn’t take long for Meek to leave the comment, which consisted of a sweating emoji face, indicating the pic is too hot for him to handle!

Meek’s comment comes after he’s been making headlines for being romantically linked to Bernice. After he posted a cryptic Instagram comment back in Sept. 2018, there’s even been speculation that he could be involved in a love triangle with Bernice and fellow rapper T.I., 38, who she’s also been romantically linked to. “don’t come to me about no ho!” Meek’s post in question read.

Although there might be something going on between Bernice, Meek, and T.I., it looks like the stunner is not committing to anyone in particular just yet! She was recently seen partying it up with Future, 35, at a pre-Super Bowl party on Jan. 31, and before that, in Oct., she was linked to NBA player James Harden, 29. She’s truly living it up and we can’t say we blame her! There’s nothing like embracing beauty and youth!

We’ll definitely update with more info if Bernice decides to publicly speak out about her many admirers. In the meantime, we’ll just enjoy seeing what she gets up to next!