Yikes! Waka Flocka pretends to listen to Tammy during a new challenge on this week’s episode of ‘Marriage Boot Camp: Hip Hop Edition’, and because of it, he seems to fail miserably.

Waka Flocka might want to start listening to his wife, Tammy Rivera, unless he wants to end up lost again, just as he does during the Feb. 7 episode of Marriage Boot Camp: Hip Hop Edition. In an EXCLUSIVE new sneak peek at this week’s installment of the reality TV series, Waka and Tammy are the first ones asked to compete in a new challenge, during which one of them (Tammy) has to navigate the other (Waka) through a maze. To start, Dr. Ish takes Waka to the center of the maze with a blindfold on. And then, Dr. Ish abandons Waka and returns to the outside of the maze, which is when Waka is instructed to take off his blindfold and listen to Tammy’s instructions via a walkie-talkie. She has a map, so you’d think it’d be easy for them — but sadly, it’s not.

Before they start, Waka says, “I ain’t going to flex. Tammy’s a great person at giving directions. Her word is gold with me.” Then, Tammy asks him if he can hear her, and he says yes. “I can hear you, babe.” So then, she proceeds with her directions, telling him, “Go straight to the center. And then, make a left. Now you’re going to go… OK, you’re going to go straight forward and then when you hit the dead end, you’re going to make a left.” Sounds like good directions, right? Well, as you can see in the video above, Waka does anything but listen to Tammy’s directions, and the doctors take notice. 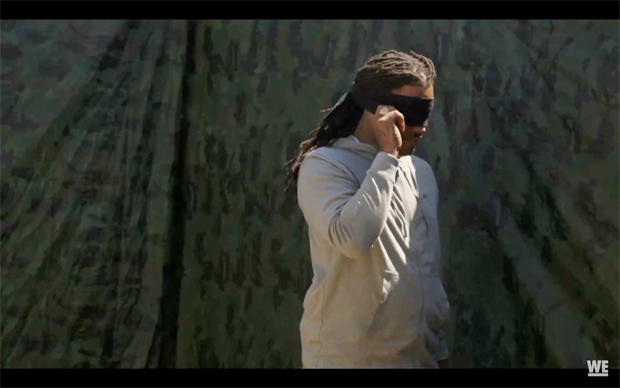 “He’s totally not listening,” Dr. V says. “He’s going in circles, doing his own thing.” Waka says that he stopped using her directions when she first told him to make a left, but there was no option for a left. Either way, Tammy seems upset. Watch the full clip above!