During Justin Bieber’s bad boy phase — when he was racing cars and urinating in mop buckets — he said he abused Xanax because he was ‘so ashamed’ of his behavior, and his crew had to frequently make sure he hadn’t overdosed!

The Justin Bieber appearing alongside Hailey Baldwin on the cover of Vogue’s March 2019 issue is a far cry from the bratty pop star that once egged his neighbor’s house, got slapped with a DUI after drag-racing a Lamborghini, and was caught in a Brazilian brothel. “A lot of the douchey things I was doing gave people the right to be like, ‘man, that’s frickin’ douchey, bro,’ ” Justin, 24, told the magazine in an intimate and honest interview. “But a lot of the stuff was like—me peeing in a bucket, people made such a big deal of that. Or me owning a monkey. It’s like, if you had the money that I had, why wouldn’t you get a monkey? You would get a monkey!”

While Justin defended some of his more outrageous behaviors, there was a dark side to all this fun. He told Vogue he was abusing Xanax during these troublesome years. “I found myself doing things that I was so ashamed of, being super-promiscuous and stuff, and I think I used Xanax because I was so ashamed. My mom always said to treat women with respect. For me, that was always in my head while I was doing it, so I could never enjoy it. Drugs put a screen between me and what I was doing. It got pretty dark. I think there were times when my security was coming in late at night to check my pulse and see if I was still breathing.”

Justin got help from Hillsong pastor Carl Lentz in 2014, according to Vogue. Carl “pressed” for Justin to move into his home in New Jersey “for an informal detox.” Over the course of several weeks, Justin and Carl played basketball, hockey, and soccer. Justin refocused on his religious faith and seemingly got his life back on course. Justin still drinks alcohol but only socially. He says he “has not ingested a drug since” then. 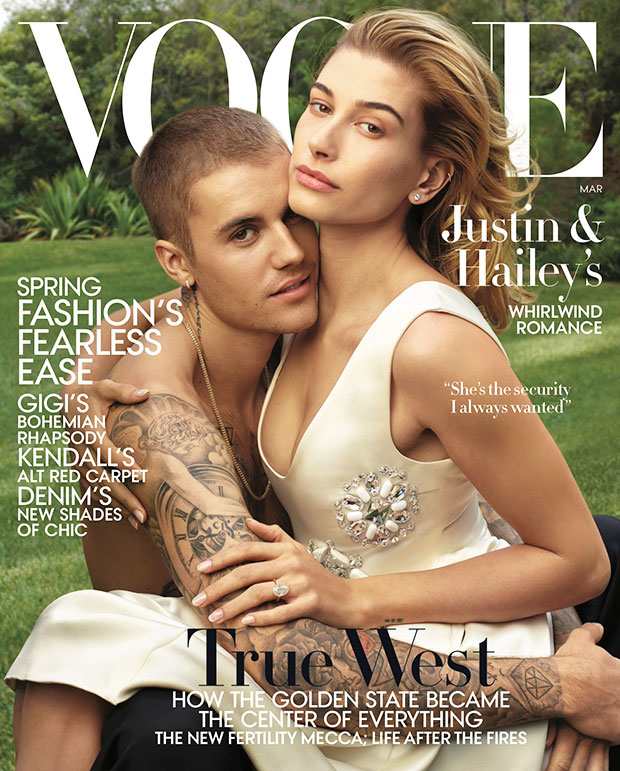 “I grieved very intensely over the whole situation,” Hailey, 22, said of her husband’s darkest hour. “I just wanted him to be happy and be good and be safe and feel joy. But I’m really proud of him. To do it without a program, and to stick with it without a sober coach or AA or classes—I think it’s extraordinary. He is, in ways, a walking miracle.”