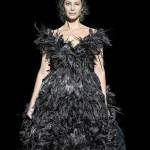 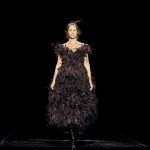 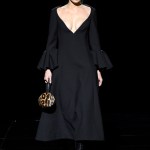 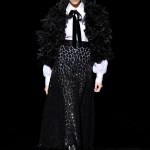 Gigi and Bella Hadid continue to be the darlings of Fashion Week. See photos of the sexy sisters and more amazing models on the runway during New York Fashion Week below.

The next morning, February 7, Ralph Lauren showed his newest collection. Bella Hadid was a golden goddess in a sequin dress with a very low-cut neckline and delicate gold belt. Her hair was pulled back and polished, and she wore gold patent leather heels. Striking! Also in Ralph’s show, Joan Smalls wore an all-white outfit — wide leg pants and a halter top, accentuating her waist with a gold belt. See models on the runway during Fall 2019 New York Fashion Week right here.

We have barely begun to scratch the surface for New York Fashion Week! See models rocking the runway in the gallery attached above and keep checking back throughout the week — we hope to see Kendall Jenner, Kaia Gerber and more strutting their stuff!