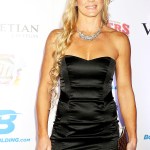 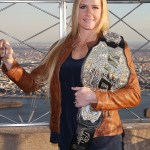 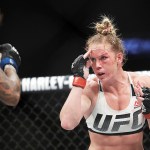 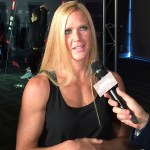 Don’t count her out! Holly Holm is ready for her return to the octagon after undergoing knee surgery to repair an injured meniscus in Sept. And, while many view her injury as a weakness, she tells HollywoodLife why she’s never been better at her sport!

This will be the year of Holly Holm. Since September, the 37-year-old former UFC Women’s Bantamweight Champion has been preparing — mind, body and soul — for her triumphant return to the octagon. Her preparation began after undergoing a successful surgery to repair a torn meniscus. Holm anticipated a return to fighting in early 2019, and fans got their wish when she was slated to take the floor at UFC 235 against Aspen Ladd, 23, on March 2 in Las Vegas — a fight that would’ve been her first after her September surgery.

However, “That fight’s not going to happen,” UFC president Dana White told reporters at the UFC 235 news conference in Las Vegas on January 31. But, Holm fans will get their chance to witness her return — it just won’t be at that particular event. “We’re working on another fight for both of them (not on this card),” White said of Holm and Judd, while discussing the UFC 235 card.

And, whenever that may be, Holm is more than ready, despite doubters who claim her meniscus surgery is a weak spot for her.  “A lot of people are like, ‘People are going to think you have a weak spot because you just came off a surgery.’ It’s not a weakness,” Holm told HollywoodLife during an EXCLUSIVE interview. In fact, she’s “feeling great,” which is also due in part to her new MTN DEW commercial (more info below)!

Holm set the record straight, once and for all. “Here’s the honesty: I had a torn meniscus for some time and I dealt with it, but it had gotten torn worse, where it was pressing against my joint and locking my knee up and things like that. I’ve actually been training for a long time with it when it not being 100 percent. So, now that it’s fixed, it’s actually great. Some people might think that’s a weak or vulnerable spot, but it’s not. It’s actually great. I’m 37, and I’ve been hard on my body my whole life. My ACL tendon, everything is really good in my knee. I just had this meniscus… not that I ever want an injury, but it’s definitely really minor compared to what a lot of people have had to go through. I’m really blessed that my body has healed from it and I thank my body every day for letting me keep beating it up and it’s holding together well for me. My knee has been really good and I’m having no issue with it.”

As for how she’s preparing for her return to the octagon? Holm never has a set routine. “Every opponent is different and I train different for every opponent,” she explained. “But, with that being said, you always have to do some work on other strengths as well.”

When we spoke with Holm, it was before White revealed that her fight with Ladd would not happen. Therefore, we asked how she would prepare to take on Ladd, to which she said it would be a test of strengths and weaknesses. “We will capitalize on my strengths, while also trying to take away her strengths. But, we will also try and capitalize on her weaknesses.” Nonetheless, that’s only one piece of the puzzle…

“Mentality, I think that’s the hardest part of the fight,” Holm admitted. “I don’t think that any fighter has ever been there [at a fight] with everything being perfect in the outside world. We all battle with things in our outside lives and there’s a lot going on in my life. But, I have one of those mentalities that, yes, sometimes I need time off so I can deal with things outside. But, there’s also those moments, where I’m like, ‘If I keep holding myself back, this situation will control my life and my passion. I want to be able to push forward.”

“It depends on how your mind game goes,” she began, before explaining that it’s her inner circle, and her heart, soul and passion for the sport that gets her through the mental aspect of it all. At the end of the day, Holm feels “blessed” that she’s able to do what she loves, while surrounded by good company, including Migos, NBA big man, Joel Embiid, and more stars in their new commercial.

We caught up with Holm in mid January when her new commercial spot for MTN DEW dropped. The anthemic new campaign says: “Let’s Do.” — It’s a pledge of pride in the everyday hustle, and a reminder that everyone can put their passion into action. And, Holm is the first female hero of a DEW commercial, as her reflection takes on its own persona. The 60-second spot, as seen above, brings together boundary-breaking innovators with MTN DEW to celebrate the power of doing.

“I’ve always watched these commercials growing up, with extreme athletes and it’s been one of those things that I never thought I’d be able to be a part of,” Holm said, adding that she felt “honored and humbled” when she got the call to take part in the commercial. “I’m just glad that people see that what I do is such an awesome thing as a sport, and if it’s something that can have an impact on something else’s life by seeing this commercial, that’s just awesome.”

While it’s an honor to be the brand’s first female hero, Holm is grateful that she was chosen to be spotlighted for her passion for her sport. “No matter what, even if it had been other females in the commercial or not, I just am glad that this opportunity opened because of the sport itself and being able to do something,” Holm explained. “These commercials are about ‘Do The Dew’. — It’s about looking at yourself and do what it is that you do. My whole life has been in the passion of this sport and that’s what I do. And, I do put my heart into it, so I’m glad people see that. Male or female, that’s what I feel it’s all about.”