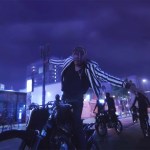 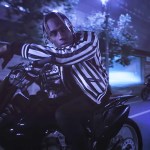 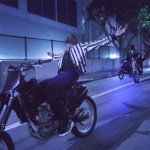 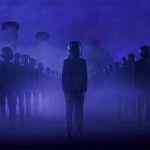 Just 2 days after he took the stage at the Super Bowl halftime show, Travis Scott released a new video, & he might even have just won over those game day haters.

Travis Scott’s music video for “Cant Say” is here! The smash song, off his Astroworld album, shows the rapper getting bad to the bone. In the clip, Travis takes to the streets with a hard style biker gang, popping wheelies as he spits the lyrics of his track. Fans are already loving the new video, and despite getting trolled for a lackluster performance with Maroon 5 at Sunday’s Super Bowl halftime show, Travis nailed his new video. “Finally a music video for the best song,” one fan wrote after watching. “Travis bringing the heat visuals as always🔥🔥🔥” another praised.

If you’re thinking that Travis looks even more swagged out than usual in his new video, there’s a reason. The Nathalie Canguilhem directed clip was actually produced by Saint Laurent, and all of the clothes you see were provided by the brand! Jealous yet? Be sure to watch Travis’ new video in its entirety above!

Of course, Maroon 5 caught the majority of flack for the Super Bowl, and celebrities and fans alike chimed in with their thoughts after watching the show. After Adam took his shirt off, the internet couldn’t help but point out the fact he was celebrated for doing so, when Janet Jackson was infamously shamed for showing skin during her 2004 Super Bowl performance. Sophia Bush, 36, noted this by sharing a tweet drawing a comparison between how he was treated for showing his chest and the way Janet Jackson was slammed for her nipple-baring wardrobe malfunction during her previous performance. She shared writer Glennon Doyle’s tweet, which said, “Poor Adam he showed his nips at the Super Bowl so now his career will be ruined like Janet’s. OH WAIT Never mind!!!!”