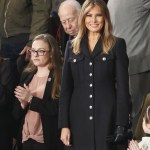 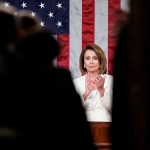 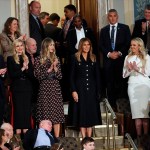 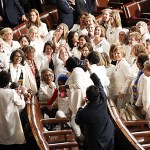 Sure, the speech is pretty important. But what was Melania Trump wearing to the 2019 State of the Union? A gorgeous navy coat dress and we’ve got the pics!

Another stunning outfit from Melania Trump! You’ll never know what the first lady will wear to official White House events, but she pulled through and rocked this gorgeous number for the 2019 State of the Union at the Capitol building. Melania was there, of course, to see her husband, President Donald Trump, 72, deliver his annual address, and she stood out in a sea of conservative suits and dresses in a polished bright navy coat dress that was perfect for a winter’s night. You can see a full-length pic of her entire ensemble below!

Melania got a loud round of applause when she entered the House chamber and made her way to her seat. She beamed and smiled at the crowd of powerful politicians beneath her balcony. Her dress featured bold buttons up the front and on the wrists. For some reason she wore a navy leather glove covering her left hand so we couldn’t see her diamond wedding ring from Donald. But her hair and makeup were flawless and Melania was the picture of pure elegance.

Honestly, we weren’t sure what Melania would wear this year to the State of the Union. She caused minor controversy at the 2018 address when she walked in wearing an all-white suit. Not exactly scandalous, but in context it was a puzzling move. This was at the onset of the Time’s Up movement, where famous women wore black to awards shows to protest gender inequality and sexual harassment in the workplace. Wearing white from head to toe is about as far away from that as you can get. She looked chic as hell, but it rubbed people the wrong way. 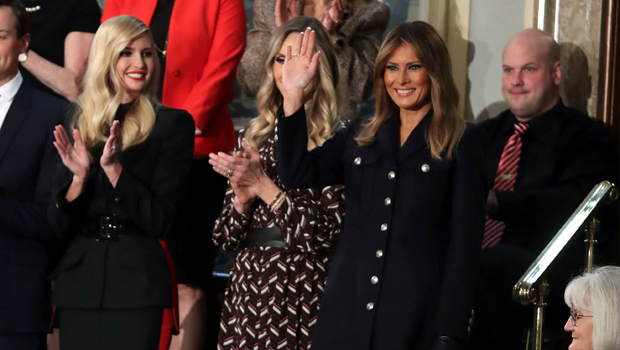 Another interpretation of the outfit: Melania was wearing white because it was the color of the suffragettes. A silent protest of her husband’s rampant misogyny, if you will. We’ve all seen the footage of Melania swatting Trump’s hand away when he tries to hold hers, so it’s not out of the question that she’d sneak in a little something shady. Unlikely, but still possible. A third choice: Melania just really, really liked her outfit and there was no double meaning behind it.

For more pics from the 2019 State of the Union, including different shots of Melania’s outfit, and the awesome black power suit that step-daughter Ivanka Trump rocked, scroll through our gallery above!