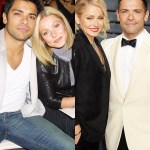 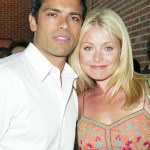 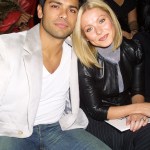 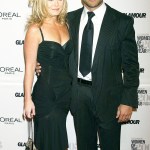 Kelly Ripa and Mark Consuelos have three beautiful children, but the daytime host’s biggest regret is that they didn’t have a fourth baby. We’ve got the details.

In their 22 years of marriage, Kelly Ripa and Mark Consuelos produced three beautiful children. Now that she’s 48-years-old, the daytime talk show host is regretting that they didn’t go for a fourth or even fifth baby. Kelly told co-host Ryan Seacrest on Live! With Kelly and Ryan on Feb. 5 that “I am regretful that we didn’t have more.” Kelly and Mark are parents to 21-year-old son Michael, 17-year-old daughter Lola, and 15-year-old on son Joaquin.

‘There is [sic] many different reasons. First of all, triangulation in the family dynamic,” Kelly explained. “You always have…when they’re small, not when they’re older…when they are small you always have two against one. It is just the way it is, it’s unavoidable. But I also just loved having them.”

“‘I adore them as the grown-ups that they’ve become, I will say my kids are kind people and they’re good people and I’m proud of them for that. But when they are tiny, they are just so adorable. And they say amazing things, and I miss all of that,” she added.

Kelly was feeling reminiscent about babies because her super close pal Andy Cohen, 50, just welcomed his first child — a son Benjamin Allen — via surrogate the night before. She opened up the show congratulating her BFF and sharing how he’s already got experience as a dad through being close with her own children. “He looks like he’s been born to do this his whole life,” Kelly gushed. “I’m getting emotional because he has been at times a surrogate dad to my own kids. He is a great family man, and I am so happy and thrilled for you both because this baby is the luckiest baby.” She was so emotional that Kelly was on the verge of tears as she spoke.

Andy made the big reveal with a black and white Instagram photo holding his newborn son close to his chest. “WOW! This is my son, Benjamin Allen Cohen,” the Watch What Happens Live With Andy Cohen host, captioned an Instagram photo on Feb. 4. “He is 9 lbs 2 ounces !! 20 inches !! Born at 6:35 pm, PT. He is named after my grandfather Ben Allen. I’m in love. And speechless. And eternally grateful to an incredible surrogate. And I’m a dad. Wow.” Andy has so many celebrity friends but when it comes down to the ladies in his life he’s the closest with Kelly and actress Sarah Jessica Parker. Maybe they can be co-godmothers to little Ben?