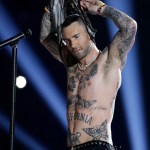 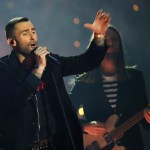 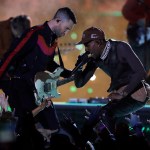 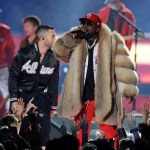 The Twitter trolls are out in full force following Maroon 5’s 2019 Super Bowl halftime show, but frontman Adam Levine, 39, is letting the shade roll right off his shoulders, HollywoodLife has EXCLUSIVELY learned. A source close to the singer told us that Adam could care less about those dissing his band’s performance! “Adam is not worried about people coming down hard on Maroon 5’s performance at the Super Bowl. He is thinking that people are just jealous, and if you didn’t like the performance, then you weren’t a fan in the first place. He believes they put on a great show and he isn’t going to listen to the noise and negativity. He is happy with how the show turned out,” the source shared. HollywoodLife has reached out to a rep for Adam for comment.

Maroon 5 whipped out their biggest hits at the Super Bowl halftime show, on Feb. 3, including “Sugar,” “She Will Be Loved,” and “Moves Like Jagger,” before being joined onstage by rapper Travis Scott. Hip-hop’s Big Boi was present for the performance as well, however, fans and celebs alike were largely underwhelmed by the stage show. The Today Show’s Willie Geist was upset that Big Boi wasn’t on stage for longer. He tweeted, “Criminal underuse of @BigBoi. You have to bring out Andre 3000 there. @Outkast #SuperBowl.” Actress Amber Tamblyn also had her set of issues with the show. “Hi there while you’re enjoying this mediocre Maroon 5 halftime please remember a football legend was blacklisted from this entire sport for merely putting his knee on the ground in protest of black people being murdered. Enjoy your pop music!” she wrote on social media.

The pop rock band sparked controversy for another reason aside from their decision to perform in the show in the first place. After Adam took his shirt off, the internet couldn’t help but point out the fact he was celebrated for doing so, when Janet Jackson was infamously shamed for showing skin during her 2004 Super Bowl performance. Sophia Bush, 36, noted this by sharing a tweet drawing a comparison between how he was treated for showing his chest and the way Janet Jackson was slammed for her nipple-baring wardrobe malfunction during her previous performance. She shared writer Glennon Doyle’s tweet, which said, “Poor Adam he showed his nips at the Super Bowl so now his career will be ruined like Janet’s. OH WAIT Never mind!!!!”