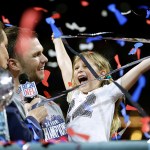 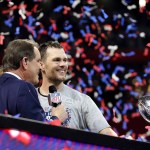 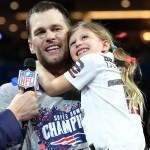 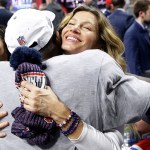 After winning his sixth Super Bowl, Tom Brady got to celebrate with his wife, Gisele Bundchen, on the field — and they had the biggest smiles on their faces as they embraced! Check it out here.

Gisele Bundchen is Tom Brady’s biggest cheerleader, so of course, she was on the football field to give her man a hug as soon as possible after his Super Bowl win on Feb. 3. Tom celebrated with his team and coaches first, but as soon as Gisele could get to him, she was in his arms giving him a giant hug. Gisele looked ecstatic as she embraced her man, and he held on tight as cameras snapped photos. Of course, the couple’s adorable kids, Vivian and Benjamin, were also there for the celebrations, along with Tom’s son, John, who he shares with ex, Bridget Moynahan.

The celebrating came after Tom and the New England Patriots defeated the Los Angeles Rams 13-3 in Atlanta. Gisele and the kids watched nervously from their suite as both teams’ defensive lines ruled the game, but it was eventually the Pats who pulled away with the win thanks to a touchdown and field goal in the fourth quarter. This game marked the sixth Super Bowl win for Tom, as well as the sixth time in franchise history that the Patriots took home the trophy, as well.

Since Gisele has been in a relationship with Tom since 2006, she’s been present for three of his big Super Bowl wins, as well as three pretty devastating losses. Clearly, these two have perfected the act of winning and losing with dignity over the years! 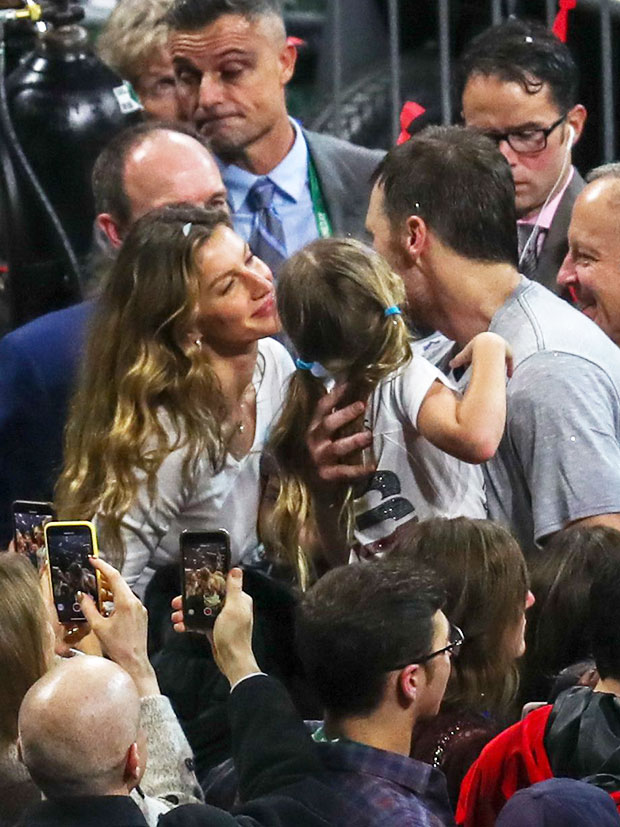 After the Super Bowl win, Tom once again addressed the possibility of retirement, and reiterated that he has no plans to hang up his cleats just yet. However, now that the season’s over, he’s looking forward to some quality time with his loved ones. “I can’t wait to spend some time with my family, my kids, and my life,” he admitted in a post-game interview. “I couldn’t do it without their support. It’s been a great year.”