Khloe Kardashian is continuing to post some cryptic messages on IG, including one that says she ‘hopes things get better.’ What’s going on?

As we near True Thompson‘s first birthday, we’re also coming up on the anniversary of Tristan Thompson‘s public affair when Khloe Kardashian was nine months pregnant. The couple, who were committed to making things work for their daughter’s sake, have not been seen together in over two weeks, and now Koko has taken to her IG stories to share a number of not-so-subtle, emotional quotes. Just this morning, the 34-year-old posted a mysterious quote that read, “I hope everything gets better for all of us, I hope we all find the peace we’re looking for.” Hmmm… In the same series of quotes, Khloe shared another that said, “God is saying to you today, ‘The Month of February is going to be filled with blessings, new opportunities, and growth.”

This black and white block quote comes after Khloe shared a cryptic message about soulmates last night. “A soulmate isn’t someone who completes you,” it read. “No, a soulmate is someone who inspires you to complete yourself. A soulmate is someone who loves you with so much conviction, and so much heart, that it is nearly impossible to doubt just how capable you are of becoming exactly who you have always wanted to be.” The couple were all smiles during their last public outing on January 13th, holding hands while enjoying a date night, but they haven’t been seen together since. 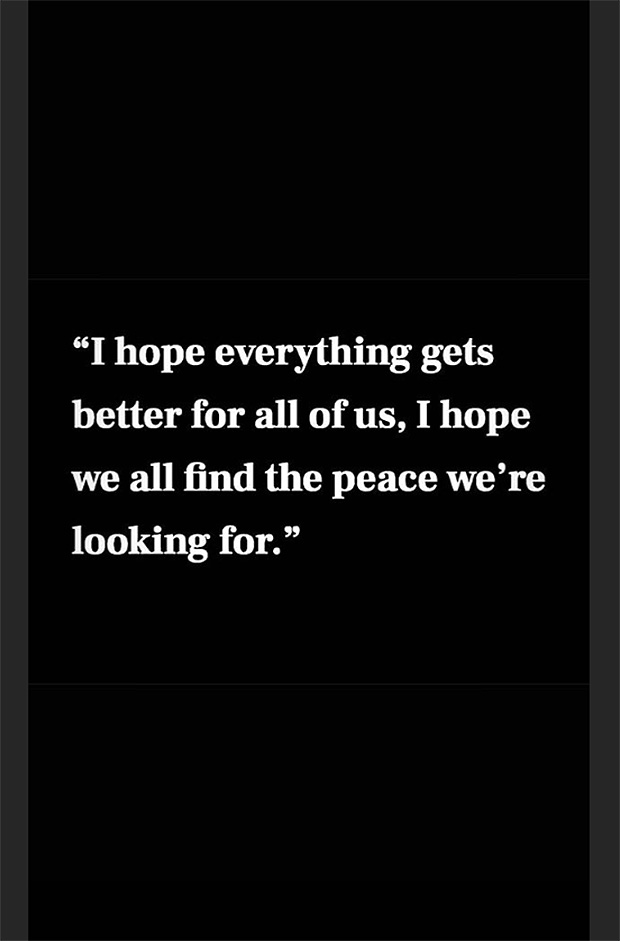 Just a few days later, on Jan. 18, Koko was back to her IG, sharing another relationship-oriented quote, that read, “Insecurities become a way of thinking, getting jealous becomes a habit, trust is hard to come by, being hurt became natural & leaving became the only option.” However, HollywoodLife.com learned EXCLUSIVELY that Tristan isn’t “overthinking” Khloe’s cryptic messages. “Khloe has posted cryptic messages on social media for years, even before she was dating Tristan, so he tries not to overthink everything she shares and he really isn’t worried about it,” the insider revealed. “Tristan knows that Khloe is a sensitive person, who is in touch with her emotions, and sharing those messages with fans is her way of opening up and letting others know they’re not alone.”