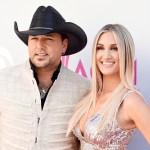 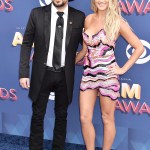 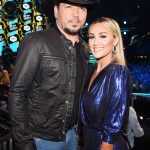 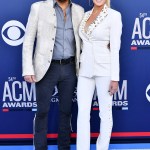 It’s official — Jason Aldean and Brittany Kerr have two kids under two! The couple welcomed their second little one to the world, and we’ve got all the details.

Jason Aldean, 41, and Brittany Kerr, 30, definitely have their hands full! Even though they welcomed their son Memphis just over a year ago, they’ve already added another baby to their brood. Brittany gave birth to the couple’s daughter Navy Rome on Feb. 4, which Brittany announced to her Instagram along with an adorably baby picture! “We welcomed our daughter Navy Rome into the world today at 12:45pm✨ 7lbs 12oz of pure preciousness💕 We love you so much baby girl,” the mother of two wrote. See the baby announcement below!

This makes the Aldeans a family of four now. How exciting is that? While she is their second child together, Jason has three kids overall, sharing daughters Kendyl, 11, and Keeley Williams, 15, with his ex-wife Jessica Ussery, 39. The country singer has got a seriously sweet family, and we couldn’t be happier for him and Brittany, who tied the knot in 2015. The couple announced that they were expecting their second bundle of joy in July only seven months after welcoming Memphis — and he had a starring role in the baby announcement! “Sup everybody……. guess who is gonna be a BIG brother!” Jason captioned a sweet shot of his son in a BIG BROTHER onesie. And a month later, Brittany documented their exploding baseball gender reveal with Kendyl and Keeley’s help.

Since then, the new mom has been documenting her pregnancy journey on social media with baby bump pics galore. She even brought her budding belly to the CMA Awards’ red carpet, cradling it in a gorgeous gold gown. But in the middle of all the pregnancy excitement, she has also been busy raising her first little nugget.

We welcomed our daughter Navy Rome into the world today at 12:45pm✨ 7lbs 12oz of pure preciousness💕 We love you so much baby girl!!

Now that Brittany and Jason’s daughter Navy has arrived, taking care of two under two definitely isn’t going to be an easy task — but we believe in them! So we’re wishing these two all the best — and all the sleep during this major transition.