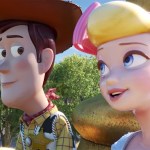 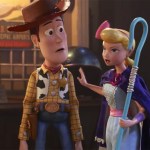 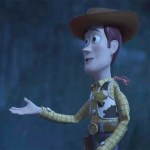 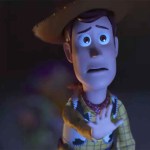 The best part about the Super Bowl was after the game! A new ‘Toy Story 4’ sneak peek was released, and it’s everything we could have ever wanted and more. Watch now!

Disney and Pixar treated fans to some Toy Story goodness after Super Bowl 53 on Feb. 3. After much anticipation and hype, a brand-new Toy Story 4 sneak peek debuted. The preview featured footage we haven’t seen yet! Woody, Buzz, and the rest of the gang are back for yet another adventure. Woody and Bo Peep search for Buzz, who is held up in a carnival game! While trapped in one of the games, Buzz meets Ducky and Bunny, who are voiced by Keegan-Michael Key and Jordan Peele.

The cast just finished up recording for the movie, which is set to be released Jan. 21, 2019. “Finished my Buzz for Toy Story 4 today and it got emotional. Wonderful full body story. You are all going to love the work this incredible team at Pixar created. We are all going to love this story….man its got everything,” Tim Allen, a.k.a. Buzz, tweeted on Jan. 30. Tom Hanks, a.k.a. Woody, also tweeted on the same day: “Final line, final session as Woody of Toy Story 4. We rode like the wind, to infinity and beyond. Hanx.”

The first teaser for the film dropped back in Nov. 2018 and featured your favorites Woody, Buzz Lightyear, Rex, Slinky Dog, Hamm the Piggy Bank, and Mr. and Mrs. Potato Head. An all-new character named Forky was also revealed in the adorable teaser.

The beloved franchise’s fourth installment has been nearly 10 years in the making. Toy Story 3 was released in 2010. To make you feel really old, Toy Story was released in 1995 — nearly 25 years ago! The official synopsis for the film reads: “Woody has always been confident about his place in the world and that his priority is taking care of his kid, whether that’s Andy or Bonnie. But when Bonnie adds a reluctant new toy called ‘Forky’ to her room, a road trip adventure alongside old and new friends will show Woody how big the world can be for a toy.”