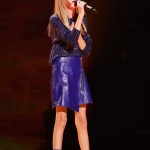 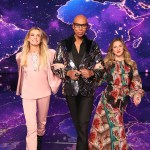 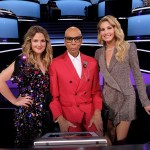 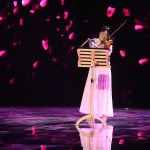 ‘The World’s Best’ debuted after the Super Bowl, and the first acts were absolutely astonishing. One performance even brought Faith Hill to tears. Read our premiere recap now!

The World’s Best is kicking off with its first audition round right after the Super Bowl. The first acts will compete to make it through to the battle round. The judges — Drew Barrymore, RuPaul, and Faith Hill — can give up to 50 points each, and the rest of the points are left to the international judges. The acts must earn 75 points to make it to the battle round. If they don’t, they go home.

The first act up during the premiere is Kukkiwon, a group of martial artists from South Korea. These boys literally fly through the air to show off their skills. Host James Corden attempts to participate, but he’s no match for Kukkiwon. “My heart wanted to jump out of my chest,” RuPaul says. Faith raves that she “never got bored” and the performance was “one of the greatest things I have ever seen in my life.” The American judges give them a 49 average score, and every single international expert gives Kukkiwon a yes vote! The group racks up 99 votes total!

Next up are The TNT Boys from the Philippines. The trio’s performance is absolutely sensational. Drew gushes that they “possess a gift. You’re just that good.” The TNT Boys get an average score of 49 from the judges. The international judges help the trio get a 99 total score. They’re moving on!

Australia’s Space Cowboy hits the stage and leaves everyone’s jaws on the floor by the end of his performance. He sticks a glowing rod down his throat. There’s a microphone attached, so you can hear everything — even his heart beat! Next, he tries to hold up two huge barrels of beer with a sword down his throat. The judges can barely watch! He ends his performance by swallowing 29 swords at the same time. Yes, really. Unfortunately, the Space Cowboy is not moving on after earning just 57 points total.
Mongolia’s Enkh Erdene blows everyone’s minds when he belts out a George Strait song. Enkh’s voice is like that of the next great country artist, and this is the first time he’s performed on a world stage! He doesn’t speak any English, so he doesn’t understand anything he’s singing. Faith says that Enkh blew her away, and Drew tells the singer that this performance is one of those “mind blowing moments we’re all hoping for.” The American judges give him a 48 average score, and the international judges give him 97 points total.
Japanese violinist Manami Ito brings tears to everyone’s eyes with her breathtaking performance. The performer, known as “The Miracle Violinist,” lost her arm at 20 years old in a car accident. But she didn’t let the car accident ruin her dreams. Faith starts crying during the performance, and many of the other international judges do as well. RuPaul calls the performance “absolutely beautiful.” The American judges give her a 40 average score. Manami is going on to the next round, thanks to the international experts helping her get 86 points!
Great Britain’s Matt Johnson is the last act to perform during the premiere. He’s an underwater escape artist, dubbed “The Drowning Man,” and stresses that what he does is “very, very real and very, very dangerous.” He’s chained, shackled, and locked inside a tank that’s full of 150 gallons of water. The World’s Best is keeping us all on the edge of our seats because the episode ends before Matt can escape! Will he make it out?! The World’s Best returns Wednesday, Feb. 6, at 8 p.m. on CBS.