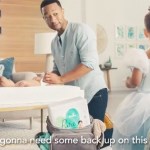 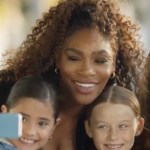 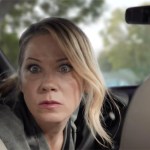 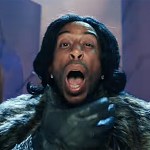 Who says a woman can’t make the first move? That’s what Serena Williams is asking her fans in this powerful Super Bowl commercial for Bumble, and the message is truly inspiring.

“The world tells you to wait – that waiting is polite and good things will just come,” that’s how Serena Williams, 37, kicks off her Super Bowl commercial for Bumble, the dating and social networking app. The mom-of-one – who is spearheading the company’s “The Ball Is In Her Court” campaign – appears in the ad, which made its TV debut during the Super Bowl on Feb. 3, doing what she does best, playing tennis. Interwoven between shots of the GOAT on the court, are snippets of a young black girl, who could have been Serena as a child. Meanwhile, the tennis champ continues, saying, “But if I waited to be invited in, I never would have stood out. If I waited for change to happen, I never would have made a difference.”

She then urges women to do the same, saying, “So make the first move. Don’t wait to be told your place. Take it. Don’t wait for people to find you. Find them. In work. In love. In life. And, most of all, don’t wait to be given power, because here is what they won’t tell you – we already have it.”

The message is very on brand for Serena who juggles many roles in addition to being a legendary tennis star. Married to Reddit co-founder, Alexis Ohanian, 35, she is also a mom to their daughter, Alexis, who is 17-months-old, as well as a fashion designer and an activist who supports causes like the Black Lives Matter movement.

On Jan. 31, days before Feb. 3, she spoke up about starring in Bumble’s first ever Super Bowl commercial and being the Global Advisor for the brand. She said, “At such a pivotal time for women across the globe, this commercial seeks to inspire all of us to seize opportunity wherever it presents itself. I want women to feel empowered to find their voice and use the power within to create change, to lift each other up, and to never let the world tell us we can’t – because we can, and we will.” Check out the powerful commercial, in full, above.