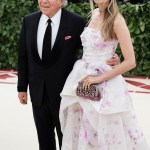 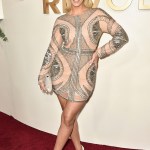 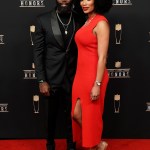 Behind many of the great New England Patriots players is a beautiful woman! Check out the wives and girlfriends of the Super Bowl-bound football team here!

Introducing…the wives and girlfriends of the New England Patriots players! While some of the guys on the team are still eligible bachelors, many others are wifed up and happily in love. Of course, the most famous couple on this team is Gisele Bundchen and Tom Brady. The two were set up at the end of 2006 and fell in love instantly. However, their romance was immediately put to the test, as Tom’s ex, Bridget Moynahan, was pregnant with his child when he started seeing Gisele. They got through it, though, and tied the knot in 2009.

Tom and Gisele have happily been together ever since then, and have children of their own together, as well. Gisele is obviously no stranger to attending big Super Bowl games, as Tom has played in plenty throughout their time together. The super model has always been super supportive of her man, and their highly-publicized relationship is too cute for words! There are other WAGs on this team aside from Gisele, though!

One of the best Patriots love stories has to go to Rob Gronkowski and Camille Kostek. Camille actually used to be a cheerleader for the Pats, but she didn’t meet Rob until after she resigned from the team in 2015! They began dating by the summer of that year, and although they appear to have had a brief breakup at the beginning of 2017, they’re now going strong once again.

Click through the gallery above to check out Gisele, Camille and plenty more wives and girlfriends of the Patriots players! We can’t wait to see them all decked out in their gear at the game!