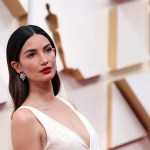 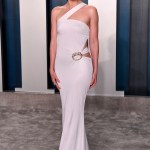 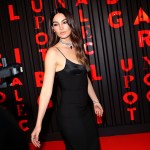 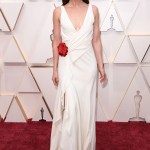 Just like that, Lily is a mother of two! The model gave birth to her and her husband’s second child, a little boy named Winston Roy. We can’t say congrats enough!

Because sometimes one just isn’t enough! Lily Aldridge, 32, and her husband Caleb Followill, 36, welcomed a baby girl back in 2012, but now little Dixie Pearl is six. And even though she still holds the title for sweetest name ever, a lot has changed. In fact, she just became a big sister! That’s right, her Victoria’s Secret model mom and Kings of Leon frontman dad had their second child on January 29, she revealed on Instagram. “Winston Roy Followill 🖤,” Aldridge captioned a black-and-white photo of little Winston’s feet, adding that the new addition has “blessed our lives.” So precious!

We’re so excited for this growing fam, and have been anxious for the milestone moment ever since Lily announced that she was pregnant. She chose to spill the beans in August with a super cute Instagram post that showcased her bare baby bump in a beaded bikini. “SURPRISE,” she wrote. This family was so cute as a family of three, so we are pumped to watch them grow into a foursome. Lily and her eldest have been melting our hearts on social media for a long time! Just this summer alone, they’ve had a ton of fun together. They spent a lot of time outside, whether they were taking “best friend” shots by a waterfall, fishing or huddling under a poncho at a Taylor Swift concert. And when they’re at home, Dixie has been known to play the drums, snuggle up to her parents in bed and even match them! She and her mom sported the same dress once, and she and her dad did the same thing with PJs.

What do you think — will their new little one get in on the matchin’ action? We sure hope so! Lily was a main member of T. Swift’s squad back when it was in its hey-day, even appearing in the “Bad Blood” video as Frostbyte, so we can’t wait for supportive messages from other squad members to start pouring in!