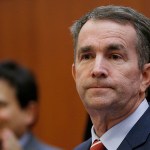 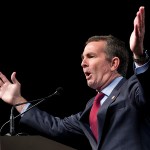 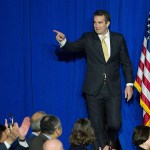 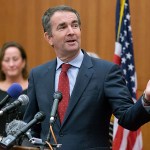 VA Gov. Ralph Northam is under fire after a picture from his medical school yearbook has emerged showing a man in blackface standing next to another person in a Ku Klux Klan outfit.

**UPDATE** Gov Northam has issued an apology, stating “Earlier today, a website published a photograph of me from my 1984 medical school yearbook in a costume that is clearly racist and offensive. I am deeply sorry for the decision I made to appear as I did in this photo and for the hurt that decision caused then and now.” He added, “I recognize that it will take time and serious effort to heal the damage this conduct has caused.” Scroll down for his full statement.

Usually it’s things people post on social media that come back to bite them, but in the case of Virginia Governor Ralph Northam, it’s a photo from his 1984 medical school yearbook page. A pic on the page showing the portrait of the future politician also displays one man in blackface standing next to another in a Ku Klux Klan robe and hood. This wasn’t a juvenile thing that appeared in a high school yearbook mind you, this was as he was in med school training to be a physician. Some are now calling for the 59-year-old Democrat’s resignation and we’ve got five things to know about him.

1. Ralph was born, raised and educated in Virginia.

He’s a Virginian through and through, born in the town of Nassawadox in the state’s Eastern Shore. He grew up on his family’s working farm in the seaside town of Onnacock. He attended college at Virginia Military Institute and graduated with his M.D. from Eastern Virginia Medical School.

2. Ralph is a military veteran.

He served in the U.S. Army as a medical officer from 1984-1992. During the 1990-91 Gulf War — also known as  Operation Desert Storm — he treated wounded U.S. soldiers at Germany’s Landstuhl Regional Medical Center.

3. Ralph is a pediatrician.

After leaving the army with the rank of Major in 1992, he went on to work in children’s medicine. He became a pediatric neurologist at Children’s Hospital of the King’s Daughters in Norfolk, VA.

Ralph Northam CHOSE this photo for his yearbook page to express who he is pic.twitter.com/Xe7weD0Rp0

He announced his campaign in 2015 and two years later in 2017 beat Republican Ed Gillespie by a wider than predicted margin. He describes himself as “conservative on fiscal issues and liberal on social issues.” He is pro-choice, the majority of his cabinet secretaries are women — which is a first for any VA governor. He opposed to the death penalty and supports raising the state’s minimum wage to $15 an hour.