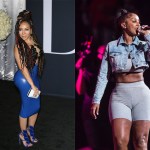 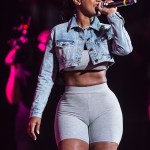 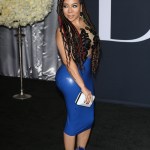 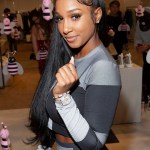 Atlanta is officially THE place to be for Super Bowl weekend. We’ve got details on how Tiny Harris is not at all concerned that T.I.’s alleged ex mistress Bernice Burgos is in her city.

T.I. and Tiny Harris are Atlanta’s biggest hip hop power couple, and they’ll be all over the best parties with Super Bowl 53 going down in their hometown on Feb. 3. With so many people flowing into the ATL to partake in all of the fun, there’s a chance she could run into Tip’s alleged former mistress Bernice Burgos, though Tiny isn’t sweating it. “Tiny had a wild night out with her girls last night, they even hit up the strip club, and fortunately she did no cross paths with Bernice Burgos,” a source close to the Xscape singer tells HollywoodLife.com EXCLUSIVELY.

“Tiny is well aware that Bernice is in Atlanta and she damn sure does not want to see her. But she isn’t freaking out or worrying that Bernice will get her hands on T.I. again. Tiny’s staying calm and collected because she and T.I. are so solid right now, she’s feeling real good about where they’re at,” our insider continues.

“They just enjoyed a little getaway to L.A. together and things could not have gone better, the love is very real. Back when Bernice came into Tip’s life things were not going well already, so their marriage was vulnerable to attack. But not anymore, things are good and Tiny feels confident that her husband will not do anything foolish to jeopardize what they have rebuilt,” our source adds.

It’s coming up on two years this spring since Tip, 38, and Bernice, 38, were linked, but so much time has passed since then allowing him to show what a great husband and father he is to Tiny, 43, and their three kids together. Even when the couple split up for the first part of 2017, Tiny said Bernice wasn’t a factor in why she filed for divorce (though they never followed through with it).  “He’s not even with her, first of all.” Tiny told Wendy Williams  during an Apr. 20, 1017 on er daytime talk show. “She had nothing to do with whatever was going on with us before. We were already going through whatever we were going through. She came in the picture after I filed for divorce.”

Tip finally saw the light that he didn’t want to let his longtime relationship with Tiny come to and end. They’ve been together since 2001 and married in 2010. By the summer of 2017 he and Tiny found their way back to each other despite a few bumps in the road, their relationship is now stronger than ever.