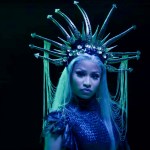 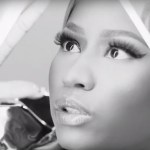 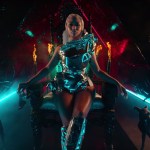 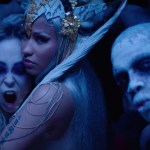 Nicki Minaj holds the crown! Watch the rapper claim the throne in her stunning new video for ‘Hard White’ here!

Surprise! Nicki Minaj, 36, announced on Jan. 31 that she would be dropping her “Hard White” music video at midnight, and she delivered the clip as promised. The theatrical new video shows Nicki surrounded by creepy zombie-esque co-stars as she spits the lyrics to her formerly released track off of 2018’s Queen. The wild new visuals show her wearing an elaborate headdress with a long sleeve chain linked gown where she looks like a queen ready for battle. The royal theme continues as she’s seen in a futuristic silver mini dress while dropping bars seated atop a throne with burning torches on both sides. Bow down!

It was to be expected that Nicki would rock an epic crown for the “Hard White” video, seeing as the lyrics are ALL about her place on the royal throne. “Partying in Paris, these bitches is embarassed//Cause they know I’m the queen, I still didn’t pick an heiress//Mirror, mirror, who’s the fairest?You the motherfu**ing fairest, Nicki//What I drop on this watch?//I don’t know, about a hundred-fifty” she raps on the track.

Despite still touting her ‘Queen’ title, the dust has settled in the battle between Nicki and her rival Cardi B. A source told HollywoodLife EXCLUSIVELY why it was finally time to put the feud to rest. “The two really are OK with one another,” our source said. “It was hard for Nicki to have Cardi come in because Nicki’s been the true queen of the hip hop world for so long now, but she’s realizing Cardi is talented and great,” our source added. With both women’s names being repped on hip hop charts, our source said, “There is room for everyone to be successful.” Cheers to that! Watch Nicki’s hot new video for “Hard White” above!