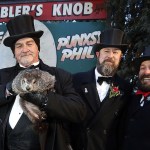 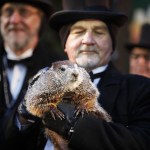 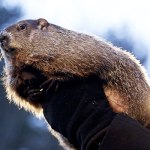 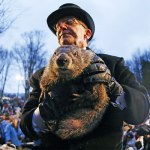 We can’t wait to find out whether or not Punxsutawney Phil will see his shadow this year! Here’s how you can watch the annual Groundhog Day ceremony online.

After the Polar Vortex, we’re hoping that this freezing weather will end soon. Luckily, Punxsutawney Phil is about to tell us if spring will be coming early or if we’ll have to endure six more weeks of winter. The groundhog will leave his burrow at Gobbler’s Knob in Punxsutawney, Pennsylvania on Feb. 2 for the annual Groundhog Day ceremony.

If he sees his shadow, he’ll run back into the burrow, which means winter will be sticking around for another month and a half, but if he doesn’t, he’ll remain outside, signaling that spring is on the horizon! The entire ceremony will be broadcast live online at VisitPA.com, so head over there to watch Punxsutawney Phil do his thing!

Phil will share his prediction with his Inner Circle during the Groundhog Day Picnic, which kicks off around 6:00 a.m. ET. The people in the know will then translate Phil’s response for thousands of viewers. But keep in mind that the groundhog won’t come out of his burrow until sunrise, which falls at about 7:25 a.m. ET.

The 2019 ceremony marks Phil’s 133rd year making his prediction. He’s been able to live so long by drinking from the “elixir of life” which gives him seven more years of life every time he drinks it, and ensures that he’ll be able to continue making weather predictions for plenty of years to come! He doesn’t take long to figure out his prediction though, so to avoid missing the special moment, make sure you tune into the ceremony beforehand.

In 2018, Phil did see his shadow, so we had to deal with winter weather for a bit longer. RIP. The majority of Groundhog Day ceremonies result in Phil predicting six more weeks of winter, so the odds aren’t looking good for an early spring.