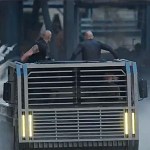 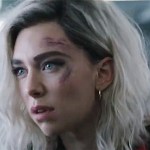 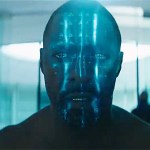 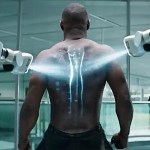 The ‘Furious’ universe is expanding. The first trailer for the spinoff movie ‘Hobbs & Shaw’ arrived on Feb. 1, and it’s going to be the movie event of the summer. Watch now!

Hobbs & Shaw is the quintessential summer movie of 2019. Dwayne “The Rock” Johnson and Jason Statham are reprising their fan favorite roles as Luke Hobbs and Deckard Shaw from the Fast & Furious movies in a brand-new film. The first trailer for the spinoff was released on Feb. 1, and it looks badass. This movie is the very definition of action. Hobbs & Shaw takes place two years after The Fate of the Furious. Hobbs must work with Shaw to stop an international terrorist known as Brixton, played by Idris Elba. The Crown’s Vanessa Kirby has joined the cast as Hattie Shaw, Deckard’s sister and MI6 agent. WWE star Roman Reigns is set to play Hobbs’s brother.

Hobbs and Shaw have a complicated history. The dynamic duo first came face-to-face in Furious 7, and they’ve had a love-hate relationship ever since. But they’re putting all the beef aside to take down the cyber-genetically enhanced Brixton after he gets his hands on a bio-threat that could alter humanity forever. The Fast & the Furious franchise isn’t slowing down any time soon.

Dwayne has been teasing the epic film for months as he’s been filming in London and all over the globe. When he revealed the poster and teased the trailer on Instagram, he wrote that fans need to “get ready for the biggest showdown the FAST & FURIOUS franchise has ever seen.”

A few weeks before the trailer dropped, The Titan Games host posted a photo with Jason and Idris. “An exclusive lil’ taste of biggest showdown the summer has ever seen,” he captioned the Instagram picture. The Outlaw Lawman, HOBBS. The International Spy, SHAW. The Baddest Bad Guy the Fast & Furious franchise has ever had, BRIXTON. We’re either gonna get along or we get it on. F***ck gettin’ along, gettin’ it on is way more fun.” Hobbs & Shaw will hit theaters on Aug. 2, 2019.