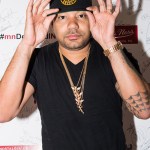 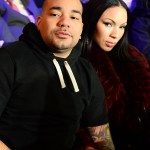 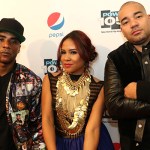 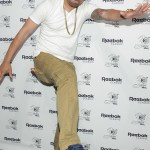 Who knew DJ Envy & Killer Mike has such strong opinions on the education system?! See ‘The Breakfast Club’ host get into a heated debate with Mike on the age old question: Public or private school?

The Breakfast Club host Dj Envy, 41, and rapper Killer Mike, 43, are no strangers to heated debates, but they really got into it on Jan. 31, when the touchy subject of raising their children was brought up during the morning radio show. Mike INSISTED that his kids thrive in a public school system, while DJ Envy swears that kids who attend private school are automatically handed better opportunities. The argument turned bitter when the two stars couldn’t see eye to eye, but some listeners, thought that they were both right! “Neither DJ Envy nor Killer Mike was wrong, they both had valid points, just two different perspectives on the public/private education system because they come from different walks of life. But they were actually agreeing with each other the entire interview,” one fan wrote about the segment. “Always felt like kids should go to Public school! it gives a more realistic view on life! come on mike!” another fan wrote.

Mike kicked off what ultimately became an argument with his point of view. “I don’t have no problems with you loving your children, but my children go to public school, because I pay taxes for public school, and they’re made for black people. Either you’re going to choose to be excellent and you’re going to do better, or you’re going to sit your chump ass down and keep being the same,” he said, on the morning show.

Dj Envy had some strong feelings of his own, but they didn’t quite align with those of his guest. “My kids go to private school, right?” he started. “My son has his own business, has his own thing, things that he learned that I didn’t learn before. You know why? because those opportunities were given to him,” he went on to say. Watch the two go at it in a heated debate below!

The public vs. private school debate is an undeniably touchy subject, but these two REALLY have some strong feelings on the matter. Watch the video above and see how you feel about the matter!