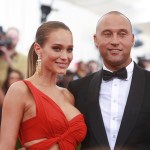 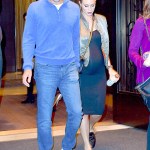 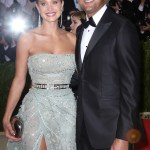 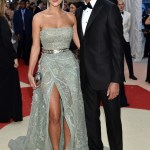 Sounds like a home run! Derek and Hannah Jeter gave birth to their second child — a baby girl!

Congratulations are in order for the Jeter family! Hannah Davis Jeter, 28, gave birth to the couple’s second baby girl, The Player’s Tribune announced on Jan. 31 via Twitter. Derek Jeter and Hannah’s second child’s name is Story Grey and joins their 1-year-old daughter Belle Raine. Hannah debuted her baby bump in September while out and about with her baseball star hubby, wearing a fitted black dress that confirmed the pregnancy. However, the pair never actually confirmed the pregnancy rumors. Days after the pair stepped out together with a noticable bump, Derek hinted that he and Hannah were expecting in an interview with Extra while attending the 22nd annual gala for his own Turn 2 Foundation at Cipriani in NYC.

In the same interview, he opened up about being a first-time dad to Belle, gushing over his little girl. “It’s awesome. Regardless of what happens in the course of a day, when you get home and you have your daughter there, it puts a smile on your face, so I have no complaints whatsoever,” he smiled. Well, now he has two little daddy’s girls to come home to! Hannah and Derek first started dating in 2012, but kept their relationship on the DL before subtly confirming their engagement in 2015. The couple married in July 2016  in a stunning and intimate ceremony in  Meadowood Napa Valley Resort in St. Helena, California.

Congratulations Derek and Hannah on the birth of your second baby girl, Story Grey Jeter.

The couple revealed to the Player’s Tribune in February 2017 that they were expecting their first child in a gorgeous essay, in which Hannah wrote, “Pregnant with our first child, Derek and I are looking to the future…Whatever her name is, I know she’ll run circles around him.” In an interview with People around the same time she added, “I want a team. Let’s just get through one and we’ll see how I feel. A couple maybe … three or four.” Well, they’re definitely on their way there! Congratulations to Derek and Hannah!