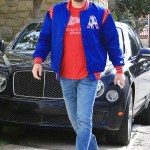 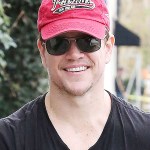 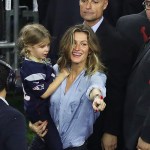 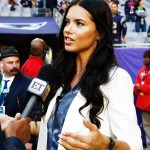 We can guess which celebrities will be cheering on the New England Patriots at Super Bowl 53! Everyone from Ben Affleck to Adriana Lima stan the football team!

The New England Patriots are headed to yet another Super Bowl. They’ll face off against the Los Angeles Rams on Sunday, Feb. 3, and there’s bound to be plenty of celebrities in the stands of Atlanta’s Mercedes-Benz Stadium. But you don’t need to wonder which famous fans will be rooting for the Patriots this Super Bowl Sunday – plenty of the team’s stans have no qualms with showing their Pats pride regularly.

Some of these mega fans are natives to New England (duh.) Two of the biggest stars from Massachusetts who love the Pats are Ben Affleck and Matt Damon. The pair are also best buds, so their shared love for the Patriots is likely something that bonds them together. While both of them have been spotted at Super Bowls cheering for their team, they also rep the Patriots IRL, too.

In March 2018, Ben was spotted out in Los Angeles wearing a red, white and blue New England Patriots bomber jacket. More subtly, Matt showed his pride in Jan. 2015 by red baseball cap with the team’s name on it.

Another type of fan you’ll see at the Super Bowl are the girlfriends, fiancées and wives of the players. Gisele Bündchen has been supporting husband Tom Brady for basically every Super Bowl he’s gone to with the Pats since the ’90s. Check out the gallery above to see which other stars love the New England Patriots!