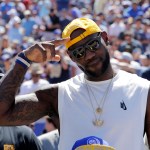 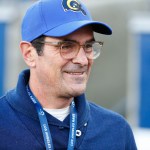 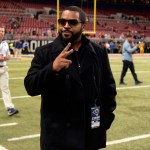 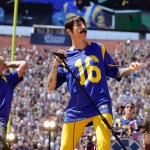 Until now, cheerleaders at the Super Bowl have always been women. Click inside to read more about the men making history at this year’s football event!

While the majority of professional sports leagues in the United States are separated by gender, the cheerleaders at the Super Bowl for the first time ever on Feb. 3, 2019 will have both men and women cheerleaders thanks to the Los Angeles Rams! Quinton Peron and Napolean Jinnies joined the Rams’ cheer squad this football season, and are going all the way to the biggest game of the year! The two men are trailblazing what it looks like to have all genders included in a sport – learn more about the two below!

1. This isn’t the first time they’ve made history! When they joined the Rams’ team in 2018 for cheerleading, it was the first time men had been welcomed to an NFL cheer team!

Thank you for having us on, @goodmorningamerica! Can’t wait to get started with this historic team! 🎉

3. They’re both from California! Quinton is from Rancho Cucamonga, and Naploean is from Santa Barbara! They must feel so full of pride to represent their home state at this year’s Super Bowl.

4. They have other things they enjoy outside of dance and cheer. Quinton loves In-N-Out Burger and the Food Network, while Naplean is big on Ebar Coffee!

5. They’re touched by the change they may have helped impact. “I think we can both say that we’ve been reached out to by so many men that are so excited to try out, not just men our age, like young men trying out for their junior high school dance team or cheer team in high school, and it’s exciting to see this change,” Quinton told Good Morning America. We can’t wait to see how this will continue to change in years to come!

Watch both Quinton and Napolean slay the Super Bowl and root on their team (playing the New England Patriots) on Feb. 3 on CBS at 6:30 p.m. ET!