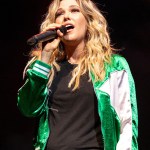 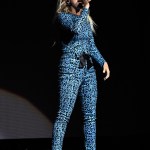 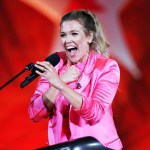 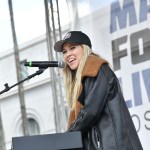 Does it get any more exciting than this? The “Fight Song” singer and her hubby are first-time parents! Get all the details on Rachel’s growing family here.

It’s official — Rachel Platten, 37, is more than just the singer who got stuck in all of our heads with her “Fight Song” release. She’s also a mom! She and Kevin Lazan, 38, got married back in 2010 and just welcomed their first little one to the world on Saturday Jan. 26, 2019, which she announced on Instagram with an adorable photo. While we bet they’re both crazy excited, Rachel has got to be over the moon! Rachel revealed that her newborn daughter, named Violet Skye, came in the early morning hours of the 26th and she is both “delicious and cuddly.” When the singer announced that she was expecting in July, she was super honest about how hard her pregnancy had been from puking in green rooms and airplanes to suffering from constant nausea. “It’s a total miracle that I’m growing a human and my husband and I couldn’t be more thrilled. But, I have also had an incredibly difficult spring and summer,” she admitted.

But hey, all of that is over, and a new chapter is beginning! We can’t wait until Rachel gets just as real about the trials and tribulations of parenting as she has been about the hardships of carrying. Even though she waited months to reveal her baby bump to her fans, she has been nothing but open about her journey ever since, even admitting that the high-pressure act of mothering a newborn is “intimidating.” But we can’t help but think she has this in the bag! Just look at the way she ended her pregnancy announcement. “With all the mystery and wonder around this, one thing that has been abundantly clear to me: this little unbelievable soul that I haven’t even met yet is going to be my biggest teacher in the world and I cannot wait to learn,” she said. How sweet is that?

Introducing Violet Skye Lazan. Born delicious & cuddly on 1.26, early in the am. There is so much about this massive love that i want to share but don’t yet know how to. I am sure the words will come soon. For now we are busy falling deeeeply in love (and keeping our heads above water). Thank YOU all so much for your kindness and support and curiosity and gentleness as i fumbled my way through this crazy brutal amazing journey to get here to motherhood. Wow. I’m a mom. :))) Xoxo, rach

We couldn’t be happier for Rachel and Kevin as they take on parenthood! We’re wishing the award-winning singer, her lawyer hubby and their new bundle of joy all the best!