Ben Simmons had the ultimate cheerleader sitting courtside when the 76ers took on the Lakers on Jan. 29 — his girlfriend, Kendall Jenner, of course! Naturally, she looked amazing while cheering on her man.

Kendall Jenner stole the show at the Los Angeles Lakers game on Jan. 29! The gorgeous model sat courtside, but she actually wasn’t rooting for the home team…because her boyfriend, Ben Simmons, was on the opposing team, the Philadelphia 76ers! Kendall wore high-waisted, black leather pants and a plain white t-shirt, which she paired with clear heels, to attend the game, and she had a huge smile on her face as she intently watched what was going on. Her support must have worked, too, because the 76ers pulled off a 121-105 win. What Kardashian curse?!

Interestingly, Kendall’s big sis, Kourtney Kardashian, was also at the game with her pal, Stephanie Shepherd. However, the sisters didn’t sit together, although Kourt also scored courtside seats. Kendall has become a staple at Ben’s games over the last couple of months, and has made several appearances in Philadelphia to show her support. She’s even been seen hanging out with Ben’s mom on occasion! While Kendall’s never publicly talked about her relationship with Ben, she certainly has not been hiding the fact that they’re together, which is extremely rare for her.

However, as HollywoodLife previously reported EXCLUSIVELY, the two aren’t planning on getting too serious with their relationship. “They are having a lot of fun, but they are not looking to make it a serious relationship,” our source explained, but added, “They are staying exclusive and not dating around.” 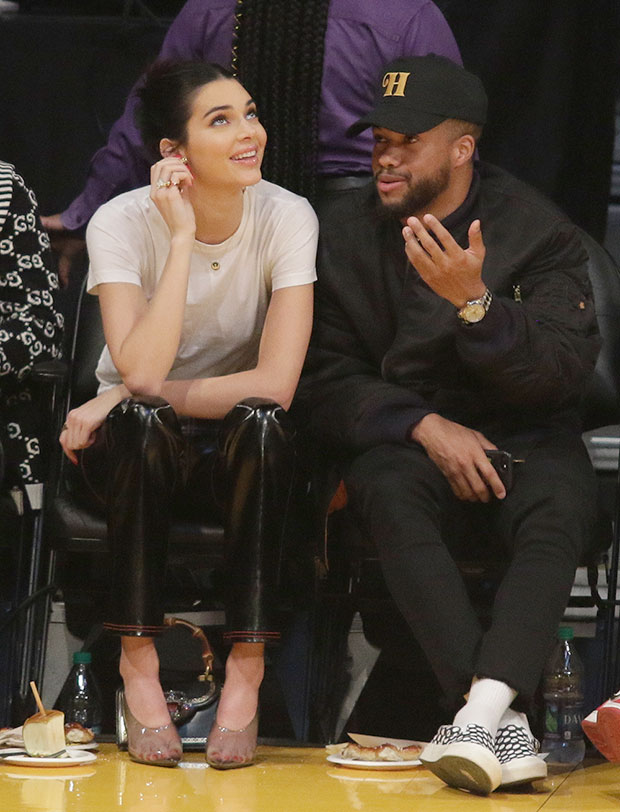 Whatever the exact status of Kendall and Ben’s relationship is, it’s clear things are going well the way they are right now. Plus, with the basketball season ending in a few months, who knows if things will heat up!?