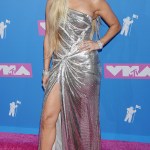 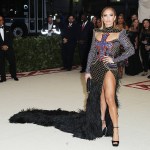 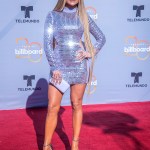 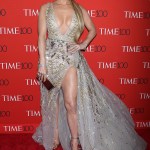 Jennifer Lopez may be dating Alex Rodriguez, but she still appreciates the surprising flirty comment that her ex Diddy left on her gorgeous Instagram pic on Jan. 29.

Jennifer Lopez, 49, is feeling appreciative after receiving a ton of compliments from followers, including ex Diddy, 49, on Jan. 29, when she posted a gorgeous Instagram photo of herself flaunting her fit body on day 9 of her 10-day diet challenge. Diddy, who dated Jen from 1999-2001, left a heart-eyed emoji on the stunning pic, and it didn’t take long for her current beau, Alex Rodriguez, 43, to follow suit with his own comment that read, “Lucky Me.” Although some might think Diddy’s comment could leave Alex feeling threatened, it turns out Jen is very happy with her man and considers Diddy, whose real name is Sean Combs, just a friend.

“Jen is flattered by Sean’s flirty comment on her social media,” a source close to the singer EXCLUSIVELY told HollywoodLife. “Jen has been working really hard on her diet, exercise and health lately so she feels really good about how she looks and is glad that her ex is taking notice. However she is totally in love with her boyfriend Alex, who even told her he was going to comment back at Diddy. Jen has remained friendly with Diddy over the years since they were a couple, and if the timing were different, she might feel differently about his sweet message online, but for now, she is fully invested in looking good for her man Alex.”

Jennifer and Alex have been dating since Mar. 2017, and always seem to love spending time together. Diddy may have been the apple of Jennifer’s eye in the past, but she’s moved on, and Diddy’s playful social media gesture was only out of kindness and admiration. It was not meant to provoke Alex, and luckily, Jen knows that.

“Jen and Alex know that Diddy’s comments were in no way to start any feud,” another source EXCLUSIVELY told us. “It was all done in fun and it’s flattering to Jen that people see her hard work paying off, even when it comes to those people that she has dated in her past. She is very confident in her relationship with Alex that a playful online back and forth, as this was, isn’t going to start any war or breakups. It’s all in good fun.”