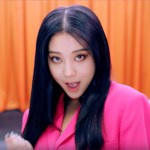 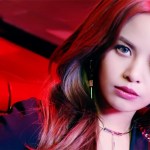 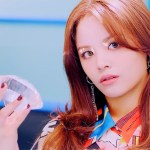 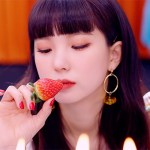 CLC finally released their heavily teased music video for ‘No’ on January 30, and we can’t stop watching! The girl group — who shows off their fierce side, with red lips and sultry dance moves — features bright stilettos and more in the epic, new visual! Watch the full video here!

Talk about a bunch of girl bosses! — CLC has the internet buzzing over the music video for their smash hit “No”! The video, which was released on January 30, reveals an edgier side of the South Korean girl group. In the video, all seven members — Seunghee, Yujin, Seungyeon, Sorn, Yeeun, Elkie, and Eunbin — showcase their individual personalities in different black and colored outfits. But, they all come together with their matching red lips, dangling earrings and sky high heels. Watch the full video, above!

The new music video shows off lead vocalist and dancer Seungyeon’s sultry dance moves and fierce attitude, and fans are loving it. The visual opens with her dressed in a sparkling black dress with a high ponytail, as she kicks off the first dance sequence. From then on, Seungyeon stood out with her confidence, charm and stunning looks — as did the rest of the group in their own ways!

Fans raved over the video online, which some have already declared the “video of 2019”! And, CLC fans couldn’t get enough of Seungyeon. “My girl Seungyeon is shining,” one fan tweeted. “The whole time I was watching the no stage I couldn’t take my eyes off of Seungyeon this is her ERA,” another wrote. “MISS SEUNGYEON CAME FOR BLOOD,” one fan wrote, adding the already trending hashtag, #CLC_No_1. At one point in the video (one of our favorite parts), Seungyeon steps on a table with her white stiletto, while dressed  in a hot pink pantsuit. “I felt that,” one fan wrote about the moment — and, so did we!

“No” is the title track off CLC’s forthcoming eighth mini album, No.1. The group had a busy year in 2018, having released their digital single, “To The Sky” on February 1, followed by the seventh extended play, Black Dress, on February 22. CLC held their third anniversary “Black Dress” concert on April 1, which was a donation-based charity show, with proceeds going to the Diabetes Association. Later on that year, CLC was officially named as the ambassador to the Korea Insulin Dependent Diabetes Association in November.