‘RHONJ’ star Teresa Giudice looked extremely happy on a girls’ night out in West Hollywood on Jan. 28 — just days after it was reported she’ll split with Joe if he’s deported.

Teresa Giudice , 46, traveled to Los Angeles for Andy Cohen‘s wild baby shower this past weekend, and it looks like she’s still on the west coast because she enjoyed a girls’ night out at The Nice Guy in West Hollywood on Jan. 28. As the Real Housewives of New Jersey star was pictured leaving the restaurant, she looked in high spirits, which is pretty surprising considering a recent report claimed she plans on splitting with her husband, Joe, if he ends up getting deported to Italy when he’s released from prison later this year. But regardless of how she felt or appeared to feel, Teresa looked stunning! The reality star was pictured wearing tight black pants and a tiered sequined top. And the outfit gave Teresa the perfect opportunity to show off the impressive results from her intense bodybuilding training. Doesn’t she look great? SEE MORE PHOTOS HERE.

And maybe this girls’ night out will be a regular thing for Teresa, as another report by Radar Online claims she’s hoping to get her own “single mom” spin-off. “Teresa wants to have her very own Bravo spinoff show,” an insider told the site. Teresa is reportedly hoping the spin-off will help her earn a better living if she ends up becoming a single mom. “Her role on RHONJ just doesn’t pay enough, and Teresa needs the extra cash to be able to buy Joe out of his portion of the ownership of their mansion,” the source added. A network source also told Radar, “Teresa has held back a lot of intimate details about her personal life from viewers and is pitching Bravo that this project would allow her to be essentially reintroduced to the audience.”

If this new show happens, Teresa would sign the deal before her divorce with Joe is finalized. But we should also note, Teresa and Joe have not formally filed for divorce yet — nor have they confirmed they’re splitting. Joe is currently serving 41-months in prison for mail, wire and bankruptcy fraud and is due to be released in March. However, in late 2018, a judge ruled that he should be deported to Italy at the end of his sentence since he’s not an American citizen. However, Joe has since appealed the ruling. 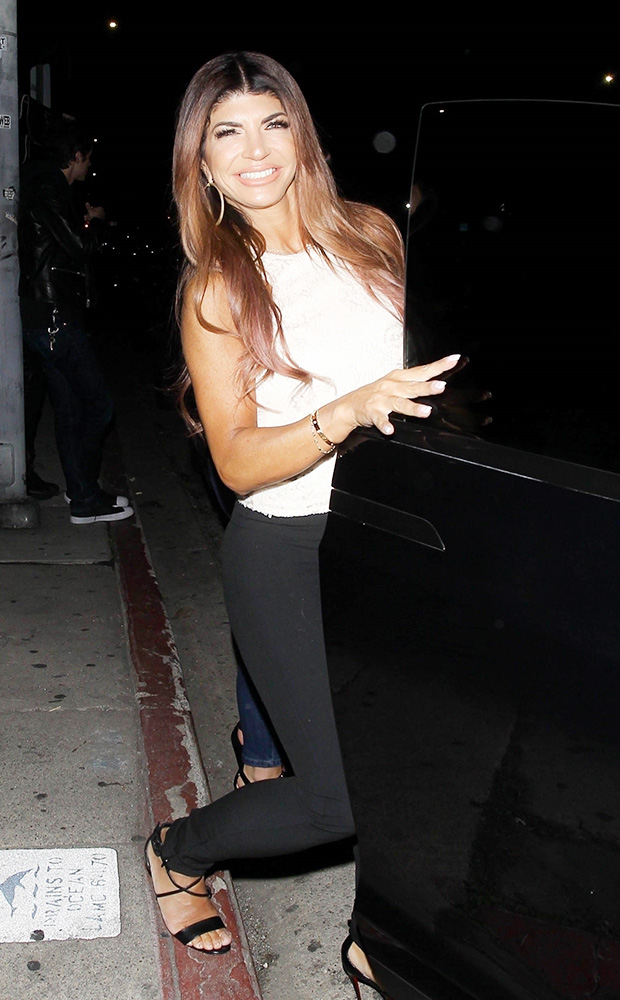 On Jan. 24, it was reported by PEOPLE that during the taping of RHONJ’s Season 9 reunion, Teresa told her cast mates that she might split with Joe. “Teresa told Andy that if Joe gets deported, she’s not going [with him],” a source told the magazine. “She said that she and Joe had talked about it over the phone, and that he understood.” A second source reiterated that information, and added, “[Teresa] didn’t really express any sadness about that. She just focused instead on the girls. It was very matter of fact. They are obviously optimistic that he is coming home. Teresa’s hope is that they can remain together as a family.”

Considering what she’s currently going through, we’re shocked to see a huge smile on Teresa’s face, but maybe that speaks to how strong she is and how well she’s handling her current situation.