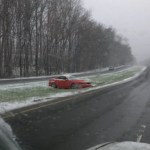 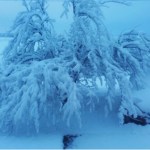 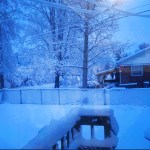 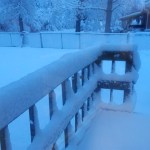 Bundle up, everyone. The United States is about to be hit with another polar vortex, and it’s bringing low temperatures like we haven’t seen in decades. Here’s what you need to know and how to prepare!

The Midwest is about to come to a standstill in the United States when a massive snowstorm strikes this week. A polar vortex is set to bring the lowest temperatures experienced in the area in 25 years, and it’s going to be brutal. Find out more about the debilitating storm that’s hitting on January 30, how long it’s going to last, and what you need to do to stay safe:

1. This could be the coldest storm since records have been kept! Let’s put it this way: Chicago will be colder than Antarctica on Wednesday, January 31, according to the National Weather Service. The weather will be shockingly cold, with a high temp in Chicago of 12 below zero fahrenheit, and low temperatures from 5 to 15 degrees below zero in Indianapolis, Detroit, Cleveland, Buffalo, Albany, and Burlington. Wind chills could reach as low as 40 below zero on Thursday morning.

2. The Midwest will bear the brunt of the snowstorm first. Sorry, Illinois. The Upper Midwest is experiencing the worst impact of the storm today, January 29. It will then head through the Great Lakes on January 30, and lands in the Northeast by January 31. Michigan has already gotten 16 inches of snow, and Wisconsin 15 inches! In Minneapolis, the city could experience a wind chill of 52 degrees below zero on Wednesday. If the windchill reaches below negative 49 degrees, it’ll be the coldest experienced there in 30 years.

3. The storm is heading toward the Southeast and the Northeast, too. It’s already snowing in parts of Georgia, Alabama, and Mississippi. In Alabama, Governor Kay Ivey has issued a state of emergency and urged citizens to stay off the roads. In Nashville, the windchill could drop to 12 degrees on Wednesday, and Atlanta could experience a 16 degree windchill Wednesday, too. We feel for everyone preparing for the Super Bowl, just days away! The deep south should be safe from the storm.

But brace yourselves in the Northeast. Rain in DC, Philadelphia, and NYC will turn into snow on Tuesday night; Boston and parts of New England will see snow, as well. Wind chills will fall to negative 10 degrees in NYC, negative 11 degrees in Boston, and 1 degree in DC. Yikes.

4. Those in affected areas face serious dangers. One man is dead in Minneapolis after being struck by a snow plow, according to ABC News. There have been innumerable car crashes in the city due to poor conditions on the roads. Over 1000 flights have been cancelled throughout the United States because of the weather. When temperatures dip this low, prolonged exposure could lead to frostbite and hypothermia, according to the CDC! Severe cases of frostbite could lead to permanent nerve damage or even amputation of the affected area.

5. Follow these tips for keeping yourselves and your loved ones safe. There are plenty of things you can (and should) do to stay warm during the storm and this winter in general. The Centers for Disease Control and Prevention recommends, in part, to dress in layers and keep covered with a hat, scarf, and gloves or mittens if you must go outside. Keep your pets inside, and if letting them out to pee, make sure they’re on a leash. The last thing you want is for them to run away in the cold! Something you may not know: alcohol and caffeine can cause your body to lose heat more rapidly. So while coffee or a hot toddy may sound cozy while you’re stuck inside, try to avoid it! For more cold weather tips, check HERE.