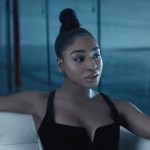 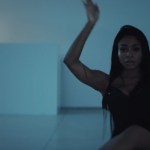 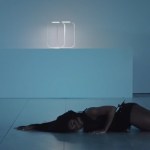 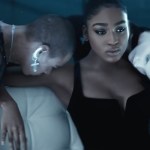 Normani’s still dancing with a star, but this time, a ‘stranger’ — Sam Smith, that is! See the pop star twirl and mesmerize in a ballerina-inspired corset in this new music video.

Normani Kordei, 22, brought her newfound footwork from Dancing with the Stars into the music video for “Dancing With A Stranger,” and it showed! The former Fifth Harmony member twirled, sashayed and jumped while wearing a ballet-like corset in the video released on Jan. 29. Normani’s dancing set the mood even more as collab partner Sam Smith brooded inside the video’s Ex Machina-like home, located in London, as both partners struggled with post-breakup melancholy. Watch their music video below!

Twitter reacted with just as much praise as when Normani and Sam released their R&B/pop collab on Jan. 11. “You and Sam brought this song up to a different level. The mv is flawless, as expected. Your choreo is 🔥. Keep shining queen 🌟,” one fan tweeted after the music video’s release on Tuesday. Another fan added, “This video is a masterpiece! I am beyond proud of you @Normani!” They stole the words right from our mouths.

Sam, who released hits like “Stay with Me” and “Promises,” wrote the track while touring around the world for his sophomore album, The Thrill Of It All. But it deeply resonated with Normani, as she wrote in a press release, “I’m super proud to share this song with Sam and cannot wait for the rest of the world to experience it – from the first moment that I heard the song I knew how special it was. I’m deeply in love with this body of work and I hope that you all will be too. I’m so thankful that Sam put his trust in me to help him bring this song to life.”

Thank you God. I have a record with one of the greatest. I’m incredibly blessed to create such magic with you both. @samsmith I love you beyond words. Vaughan Arnell thank you for bringing this baby to life. The #DancingWithAStranger video is out now! https://t.co/H9FFszLtic pic.twitter.com/G5DSGe2YF4

“Dancing With A Stranger” has already racked up 80 million streams worldwide, according to Capitol Records! Normani is seriously grinding, as she just branched off from 5H after the group went on hiatus last year. Her debut album is underway, and she’ll tag along for Ariana Grande’s North American leg of The Sweetener World Tour. We see you, Normani.