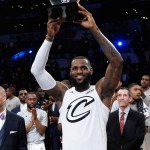 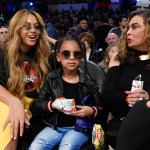 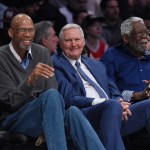 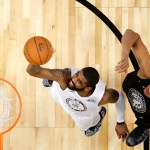 The 2019 NBA All-Star Game is going to be lit in Charlotte, Feb. 17! Meek Mill will open the event and North Carolina native J. Cole will perform the halftime show! Plus, Carly Rae Jepsen and Anthony Hamilton will also perform.

The biggest and brightest stars of the NBA will battle at the Spectrum Center in Charlotte, North Carolina on Feb. 17 in the 2019 NBA-All Star Game, but two of the biggest names in hip-hop will make the 68th annual game the best one yet! The NBA announced on Jan. 29 that 2019 Grammy-nominated artist J. Cole and chart-topping rapper Meek Mill will headline the 2019 NBA All-Star Game performances!

Before the annual game — where fan-voted NBA players from the east and west will go head-to-head — Meek Mill will take the in stage for an exciting opening introduction of the All-Star teams. Then, North Carolina native, J. Cole will perform a medley of his hits at halftime — just a few weeks after the release of his latest single, “Middle Child”. The seven-time Grammy-Award nominee also received two nods this year.

Meek will head to Charlotte fresh off his recently launched prison reform organization with Jay-Z, Philadelphia 76ers co-owner and Fanatics executive chairman Michael Rubin, Kraft Group CEO and New England Patriots owner Robert Kraft. The rapper released his fourth studio album, Championships, in November, which debuted at number one on the Billboard Top 200. Meek is also making his highly-anticipated return to the road with his The Motivation Tour. The 16-city, U.S. tour will kick-off on Feb. 19 in Miami, FL and make stops in Los Angeles, Chicago, New York and his hometown of Philadelphia, among many other cities, before wrapping on March 24 in Atlanta, GA.

The NBA All-Star weekend is more than just the All-Star game. The celebration of all things basketball kicks off on Feb. 15 with the NBA All-Star Celebrity Game presented by Ruffles, taking place at Bojangles’ Coliseum at 7 p.m ET. Last year, Quavo of Migos was named the MVP, beating a returning Justin Bieber, Rachel DeMita and more. The following day will see the Taco Bell Skills Challenge, the 3-Point Contest, and the beloved NBA Slam Dunk contest go down at the Spectrum Center. It all wraps up on Feb. 17, with the All-Star Game.

The 68th annual NBA All-Star Game will air live at 8 p.m. ET on TNT and will be seen by fans in more than 200 countries and territories in more than 40 languages.