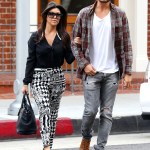 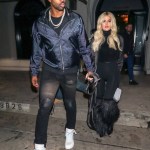 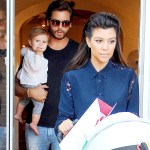 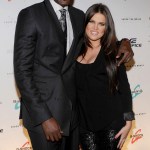 Kourtney Kardashian seems to be having serious issues when it comes to getting along with her sisters. She claims that Khloe is ‘pissing me off’ in a new post that hints at a brewing feud.

It looks like Kourtney Kardashian might be looking to start another family feud. First Kourtney, 39, and sister Kim, 38 had a longstanding beef that stemmed from their 2017 holiday card. Then Kourt revealed she and Kylie Jenner, 21, got into it just before the family’s 2018 Christmas Eve bash. She’s running out of sisters to feud with so her latest target is Khloe Kardashian, 34. Kourt posted a gorgeous glam pic of herself to Instagram on Jan. 29 but instead of explaining her perfect makeup or beautiful tan trench coat hanging off her shoulder, she pointed to her neck and captioned the pic “Khloé is pissing me off today.” Was she hinting with the post that Koko was being a pain in the neck?

It was just five days ago that Kourtney posted a pic of she and Kylie cuddling at the fam’s epic Dec. 24 holiday party but revealed in the caption “We had a tiny sister fight two days before this. This was our make up cuddle.” So in the mother of three’s last two IG posts, her only captions have been about beefing with her sisters. Even her fans are taking notice.

“Who doesn’t piss you off?” one person asked her in the comments while another wrote “Hahahahaha what did @khloekardashian say!?” One fan gave Kourt the advice “Tell her to f**k off” and another advised her “Leave khloe alone boo. lol y’all the same person!” Someone wanted to know more about the beef, asking her “Thanks for letting us know, what exactly did she do to you??” and another questioned “What did she say lol?”

Khloé is pissing me off today.