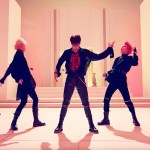 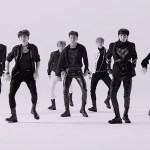 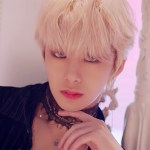 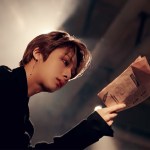 Monsta X fans, this isn’t a drill — Jooheon has DARK HAIR! See his transformation in a new shirtless video of him running on a treadmill! Warning: You may be emotional after watching this…

Jooheon, 24, debuted new dark hair and he looks amazing! The Monsta X member, (whose real name is Lee Joo-heon) made fans swoon over his hair transformation in a now viral, SHIRTLESS video on January 28! In the video, which was tweeted by a fan, Jooheon is running on a treadmill as his six-pack abs and toned arms flex with every stride. — Watch him working out in the below video and see his epic hair transformation!

“2019 BEAST MODE ON,” the video caption read, along with a fire emoji. The South Korean rapper and songwriter is clearly motivated to make this year is best one yet. And, did anyone notice that his new hair remained perfectly styled, despite his intense workout? — Now, that’s impressive!

Jooheon’s new look is a complete 180 from his usual icy, platinum blonde locks. Not to mention, he swapped his usual spiked hair for a more flat do’, which appears more tamed down in the video. If you ask us, Jooheon can pull off either look with ease. What do you think? — Let us know in the comments!

THIS IS A PUBLIC SERVICE ANNOUNCEMENT

The fan who tweeted the video noted that Jooheon apparently changed his hair from light to dark after 650-plus days. — That’s almost two years, and a moment that clearly called for a major “PUBLIC SERVICE ANNOUNCEMENT,” as seen in the tweet. And, fans are loving his new hair! In fact, they’re “screaming” and “crying” (with joy, of course) over it. “I still can’t move on from Jooheon’s dark hair someone hold my wig pls,” one pleasantly surprised fan tweeted.

But, if you can recall, Jooheon had dark hair a while back, and fans who remember are so emotional over it! “I still can’t believe Jooheon’s dark hair is really back I’ll probably talk about this for a long time cause I love his dark hair and I missed it so f–kin much and that’s it,” another fan reacted on Twitter.