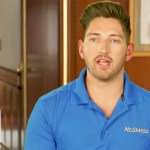 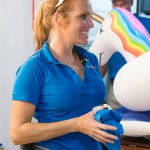 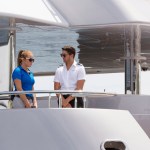 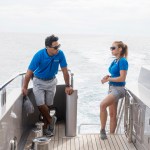 After a relationship didn’t work out, where do Rhylee and Tyler go from here? Watch this EXCLUSIVE preview of the ‘Below Deck’ season 6 finale now!

Things are complicated between Rhylee and Tyler, to say the least. After some hooking up and a very awkward date, a relationship doesn’t seem to be in the cards for these two. “I can still work alongside Tyler, that’s not an issue, but it’s awkward,” Rhylee says in our EXCLUSIVE preview of the Below Deck season 6 finale. “The fact that there’s nothing that’s going to come of this, it makes it disappointing.” Rhylee is clearly bummed about how it all fleshed out.

Tyler revealed during the Below Deck Season 6 After Show that his date with Rhylee was one of the “most awkward” dates he’s ever been on. “First thing I said was like, ‘OK, no work talk. The boat is right there. We just left the gang. They’re right up there probably watching us right now,'” he said. “And we had nothing to talk about it. It was crickets. It was the most awkward date I have ever been on in my entire life.”

He has since apologized via Twitter for his actions: “I apologize for treating you the way I did and I’m not proud of my childish ways. I should have grown some huevos and let you know my intentions before leading you on. We had some great times and you deserve better than that.”

Also in our EXCLUSIVE preview, Laura asks Adrian for an avocado, and his response pisses her off. Adrian wants a hug from Laura, and then he’ll give her an avocado. “Dude, I don’t need to f**king hug you for an avocado,” Laura says. Below Deck airs Tuesdays at 9 p.m. on Bravo. The season 6 reunion is set to air Feb. 5. What a season it’s been!