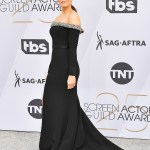 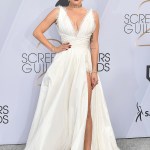 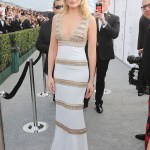 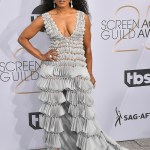 The marvelous lady herself, Rachel Brosnahan has arrived at the SAG Awards! See her look that has us schvitzing!

Rachel Brosnahan arrived looking fresh face (thanks to Joanna Vargas!) and stunning at the SAG Awards, with her hubby Jason Ralph on her arm! The Marvelous Mrs. Maisel actress stunned in a lacy strapless gown that was dressed up with four bows in the front. The lace overlay featured a delicate flower pattern and she accessorized the dress with a pair of bow earrings. Rachel wore her long brown hair parted in the center and sleek straight. We’re obsessed with this look, which is one that her character Midge Maisel would definitely approve of!

Rachel has rocked so many drop-dead looks throughout awards season, we don’t know which is our favorite! What we do know is that her simply gorgeous looks have been nothing like the ’60s ultra-femme style of Midge, until tonight! Rachel has worn countless pantsuits, uncomplicated gowns and muted tones, always topping our Best Dressed list, but also her looks are typically drastically opposite from Midge’s bright style.

Tonight at the SAGs, Rachel is one award away from a total awards season sweep! The 28-year-old actress has two noms, one for Ensemble and one for Best Actress in a Comedy Series. Both of her co-stars Alex Borstein and Tony Shalhoub have their own nominations this year, as well, in addition to the Ensemble category. Shockingly, Rachel was not nominated for a SAG last year, although she had won a Golden Globe and a Critics’ Choice Award shortly before the awards in 2018. Now, SAG-AFTRA has clearly caught up and is giving Rachel much-deserved recognition for her role as the upbeat comedienne Midge Maisel. With a SAG under her belt, Rachel will have won the top prize for female in a comedy series at the Emmys, Globes, Television Critics Association Award, and Critics’. 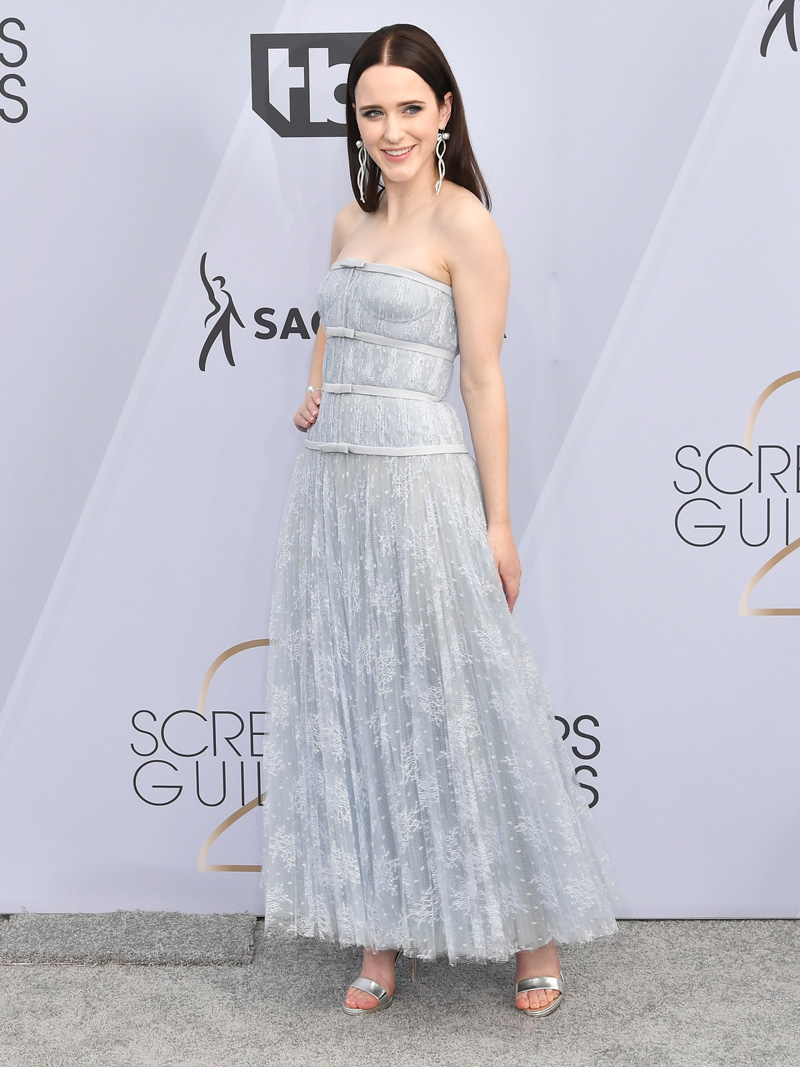 We’re positive that after her incredible performance in Marvelous Mrs. Maisel season 2, she’ll have a full sweep in awards season next year, too!