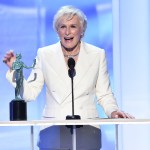 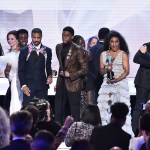 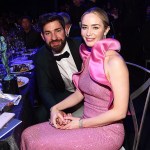 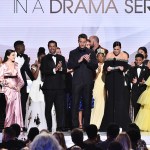 Who is ready to get crazy?! ‘Crazy Rich Asians’ director Jon Chu opened up about what’s to come in the sequel!

After the huge hit of Crazy Rich Asians, there’s no doubt we’re already counting down until the sequel! Jon Chu chatted with HollywoodLife.com at the SAG Awards about what we can expect in the second installment of the film. “The sequels will not be boring! They will not be the same old same old. They will push further,” he told HL in an EXCLUSIVE interview. “You will see more of the other characters. Because we didn’t use them as much as we would like to, and we are going to play to our advantage and have a really really great time.” Well isn’t that just everything and more!?

Awkwafina added to the conversation about a sequel, telling HollywoodLife.com at the Hollywood Film Awards, she’d like her character Peik Lin to have a man! “The franchise will always have that heart. I think it will always show Asian Americans and Asian people as they are,” she said. The second installment of the film will be based on Kevin Kwan’s book China Rich Girlfriend and The Hollywood Reporter confirmed Chu’s return to the franchise. They reported filming will begin after Chu wraps the long-awaited adaptation of Lin-Manuel Miranda’s first musical, In the Heights, which is scheduled for a June 26, 2020 release. Producer Brad Simpson of Color Force told the outlet “We have a plan with Kevin for the next two films,” so expect a third film, too! Crazy Rich Asians was a mega-hit domestic and abroad in theaters, with a $35.3 million five-day opening. The film featured the first all-Asian cast in Hollywood in 25 years, since The Joy Luck Club.

It went on to be nominated several times during awards season, breaking barriers as a romantic comedy. CRA won Best Comedy at the Critics’ Choice Awards and was notably snubbed from nominations at the Oscars.