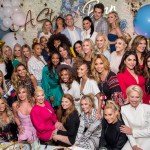 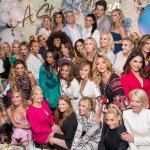 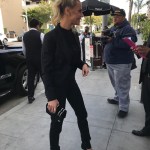 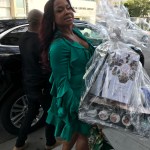 In case you hadn’t heard, Andy Cohen‘s baby shower was low-key one of the most lit parties of the year so far. In fact, video has surfaced of nearly all of the Real Housewives getting down and turning up at his bash. And according to an eyewitness, Lisa Rinna instructed them all to get on the dance floor by yelling, “I want every mother f***ing housewife to dance on a table right now. F***ing dance now you bitches. Now!” Of course, not only was Lisa seen grooving on the booth of the table, Kyle Richards slayed, and we mean SLAYED her table dance moves in the best pantsuit ever. Check out the epic and wild dance party in the video below.

We reported earlier how Andy’s baby shower had nearly every Bravo star imaginable. The celebs in attendance included a wedding ring-less Teresa Giudice, 46, Kyle, 50, Sonja Morgan, 55, Ramona Singer, 62, Nene Leakes, 51, Lisa Rinna, 55, Dorinda Medley, 54, and more. However, it’s worth noting that while Lisa Vanderpump was invited, she did not attend.

While the partying went down at The Palm Restaurant in Beverly Hills, the after-partying apparently went down at Craig’s. And how did the Real Housewives stars enjoy themselves? Our eyewitness told us that Kyle gushed, “This is an epic baby shower. I’ve had 4 babies and I’ve never had a shower like this. We love you Andy, yes!” Meanwhile, Cynthia Bailey told HollywoodLife, “Amazing. So much fun. We never get to hangout with all of the different franchises. Its so cool to meet the older girls and the new ones.”

#Pressplay: #Andy has all the housewives turnt allllll the way UP at his baby shower! 😩😂👀👏🏽👏🏽

We’ll keep you posted with all of the latest details from Andy Cohen’s baby shower. In the meantime, check out photos from the big event below.