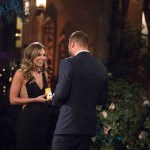 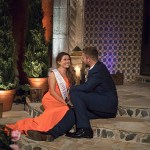 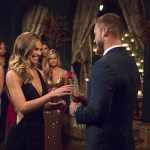 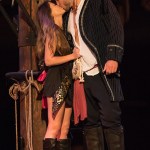 Two of the women on this season of ‘The Bachelor,’ Caelynn and Hannah B, have a history, and it’s led to tension between them on the show. But which lady looks cuter with Colton Underwood? See the pics here and decide!

Colton Underwood has found himself in a pretty tough position right off the bat on this season of The Bachelor: Two of the women vying for his heart knew each other before coming on the show, and they didn’t start filming on good terms! Hannah Brown and Caelynn Miller-Keyes were both contestants during the 2018 Miss USA pageant. During their time prepping for big beauty competition, they were roommates and great friends. However, afterward, they had a falling out, and now, they’re pitted against each other once again while vying for Colton!

Caelynn claims the end of the ladies’ friendship came when she was named runner-up at Miss USA, while Hannah didn’t place. She told other girls in the Bachelor mansion that Hannah’s jealousy over the situation took a toll on their friendship. Meanwhile, Hannah insisted that it was Caelynn who created a “hostile environment” in their friendship. Both women let Colton know about their feelings regarding the other, with Caelynn calling Hannah “manipulative” and “deceitful,” and Hannah claiming there’s “another side” to Caelynn that Colton hasn’t seen yet.

The Jan. 21 episode of The Bachelor ended with Colton feeling super confused about the situation, especially since he felt a connection with both Hannah and Caelynn before all the drama surfaced. He wound up giving them both roses, but the feud will certainly play a big part as the season continues.

For now, click through the gallery above to check out Colton’s cutest photos with both Caelynn and Hannah B. so far, and decide who he makes a cuter couple with! The next episode of The Bachelor airs at 8:00 p.m. on Jan. 28 on ABC.